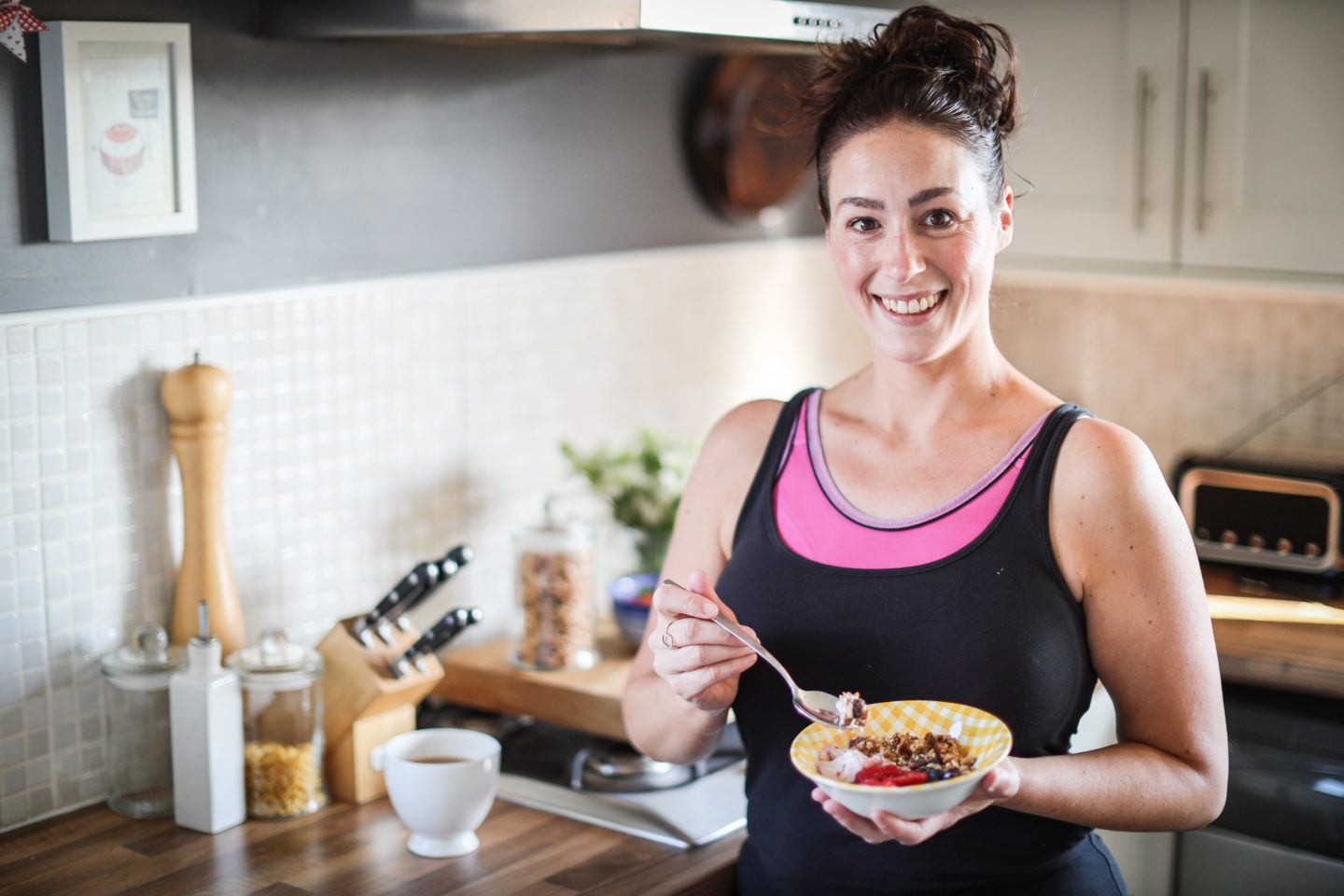 As promised, here’s the recipe I used to make my homemade granola earlier this week on my Instagram. 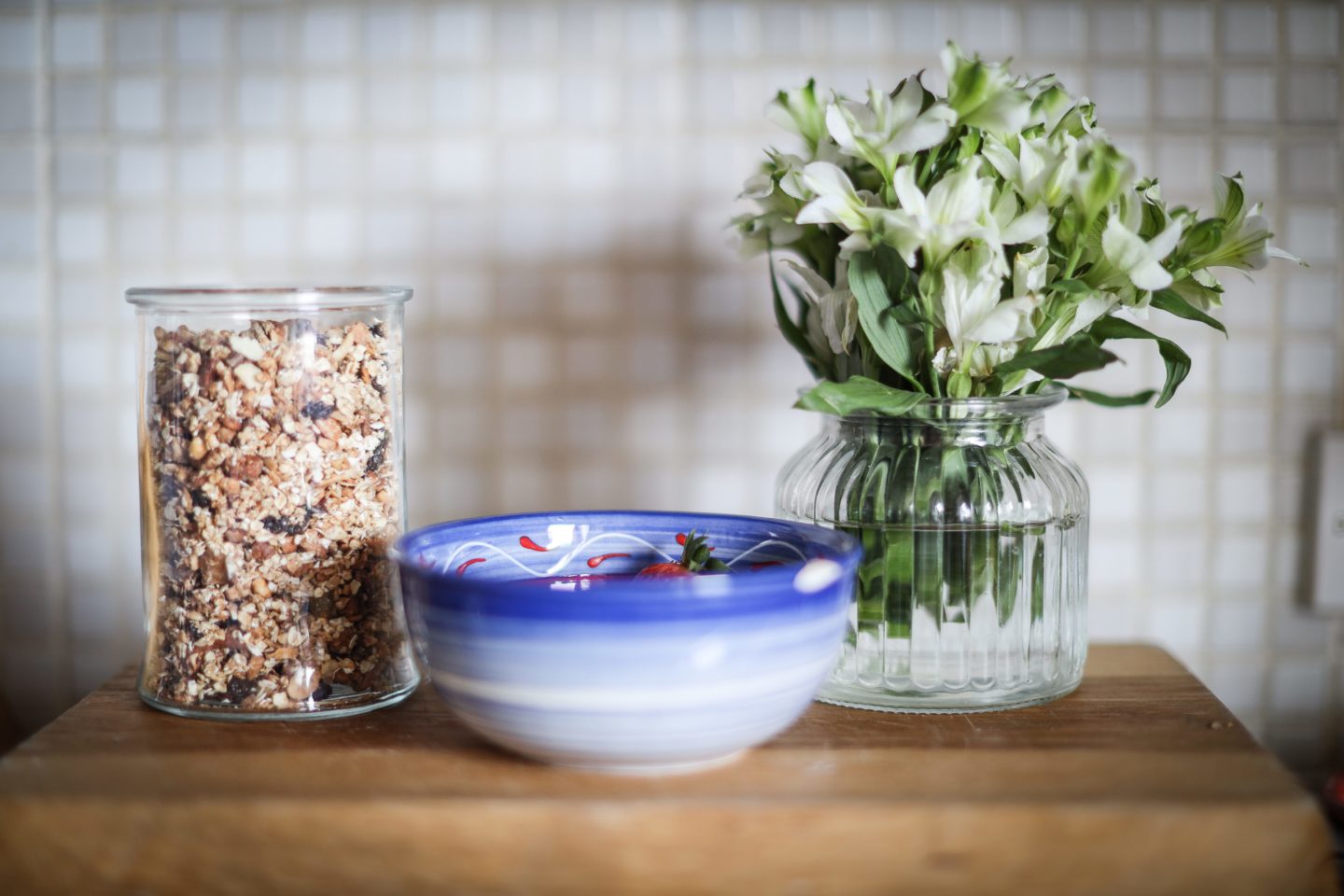 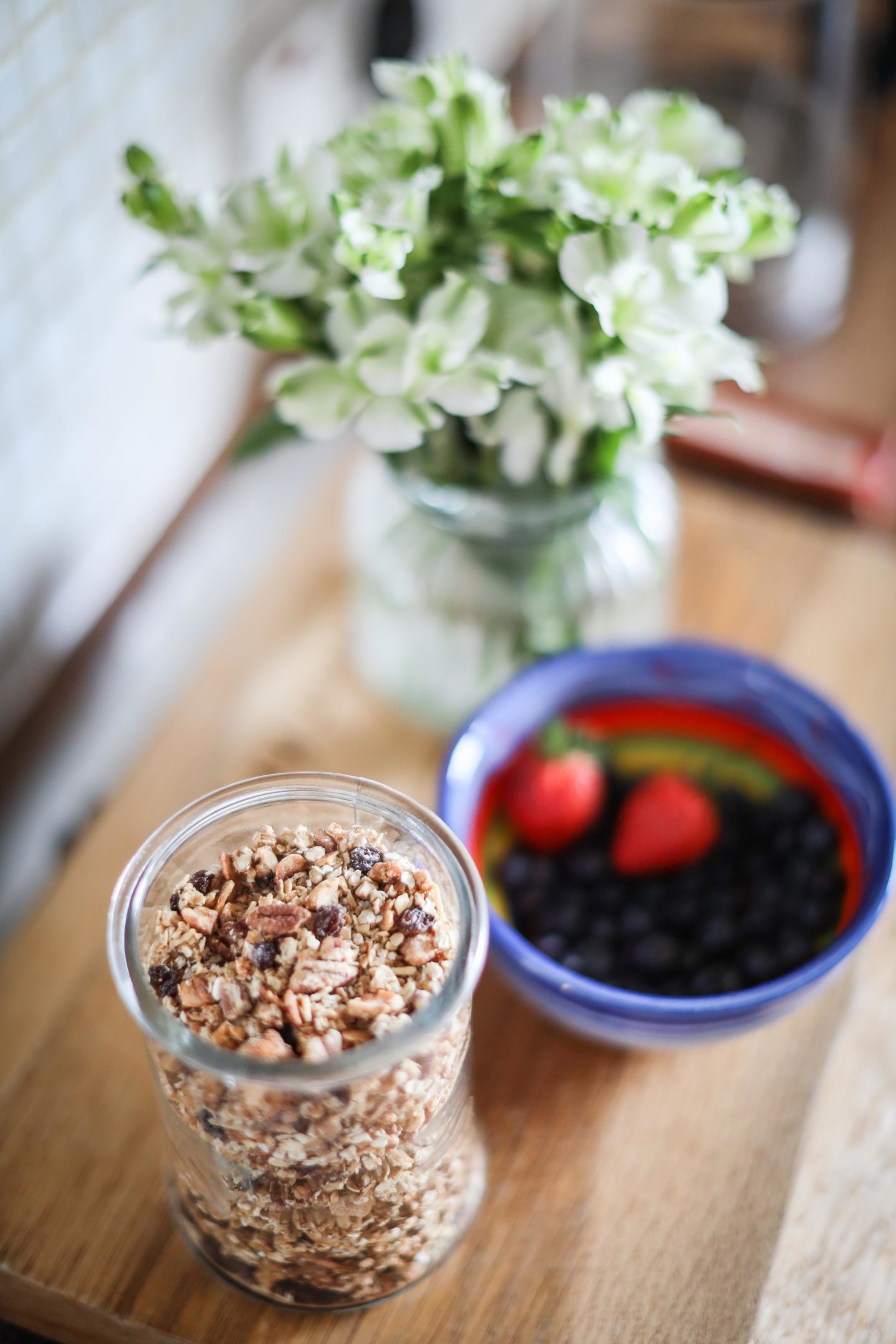 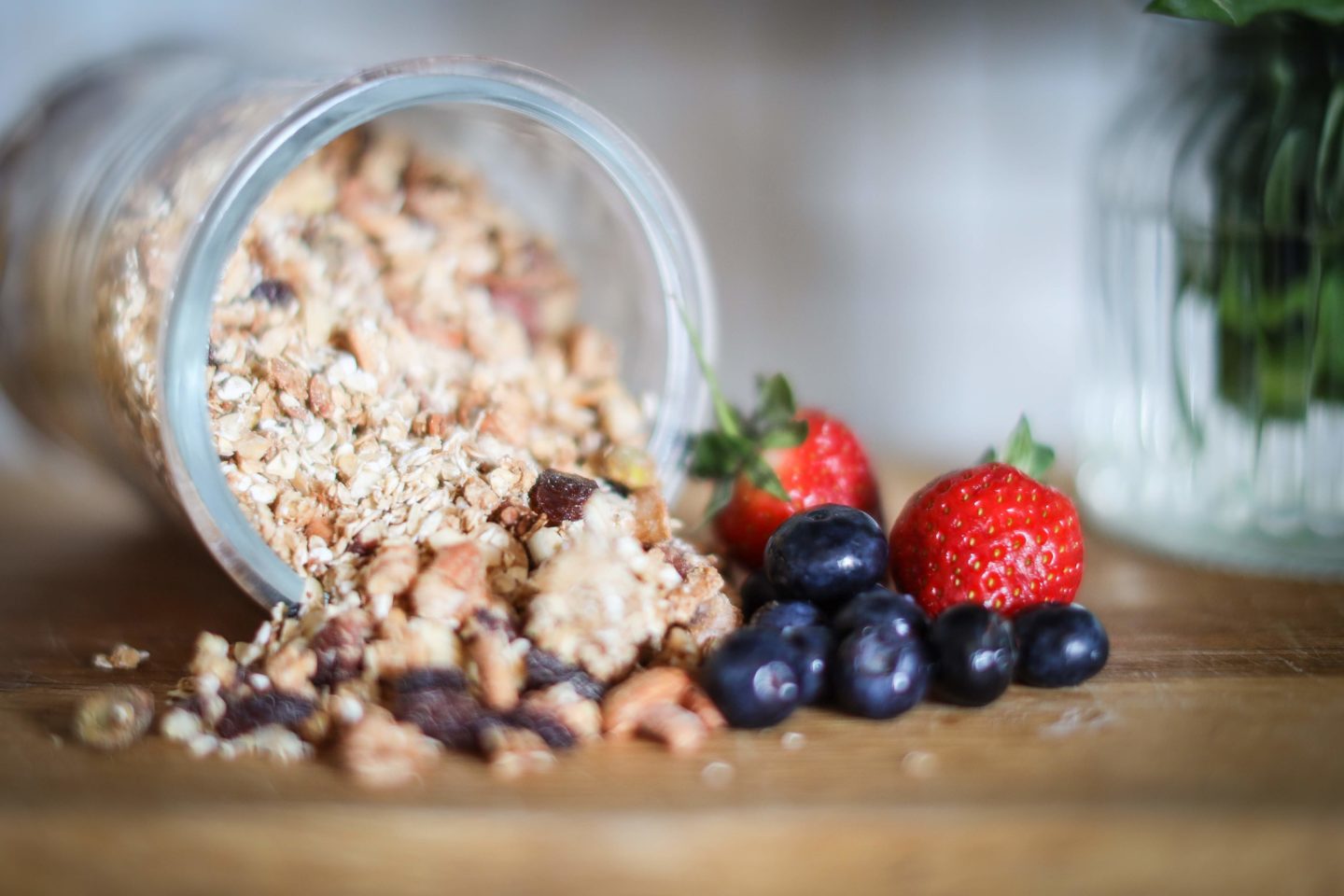 It’s such a simple recipe to follow, there aren’t too many ingredients, and it takes just 20-25 minutes to bake. It’s so quick and easy that I managed to make some for breakfast right before starting work – I began at 7.45am and it was ready for 8.30am.

I use a recipe by Joe Wicks, purely because I came across it in his book Lean in 15, which was left behind after a visit by my sister-in-law a few years ago. (Actually, most of the recipes are really fast and easy to make, I guess the clue is in the title). This recipe makes a decent jarful, around 300g, but I use double quantities because it disappears pretty rapidly! Be aware, it’s healthy foods but it’s nutty, so high fat – just 25g is around 139 calories.

Anyway… here it is, in its original form from the Joe’s book. (My own adaptations are in brackets, in italics.)

175g mixed nuts – cashews, pecans, walnuts, almonds are suggested by Joe (I smash them up a bit with a rolling pin)
1 tsp ground cinnamon (I never have this so I don’t use it, I might add it at Christmastime)
1 apple, cored and grated, skin and all
150g rolled oats (if you prefer a nuttier granola, just use less oats – I always use 100g)
20g honey
40g raisins

The recipe says the granola will keep in a well-sealed jar for at least two days. I find it keeps for ages though, I mean it’s just nuts, oats, raisins, apple and honey so you could easily store it for a week. 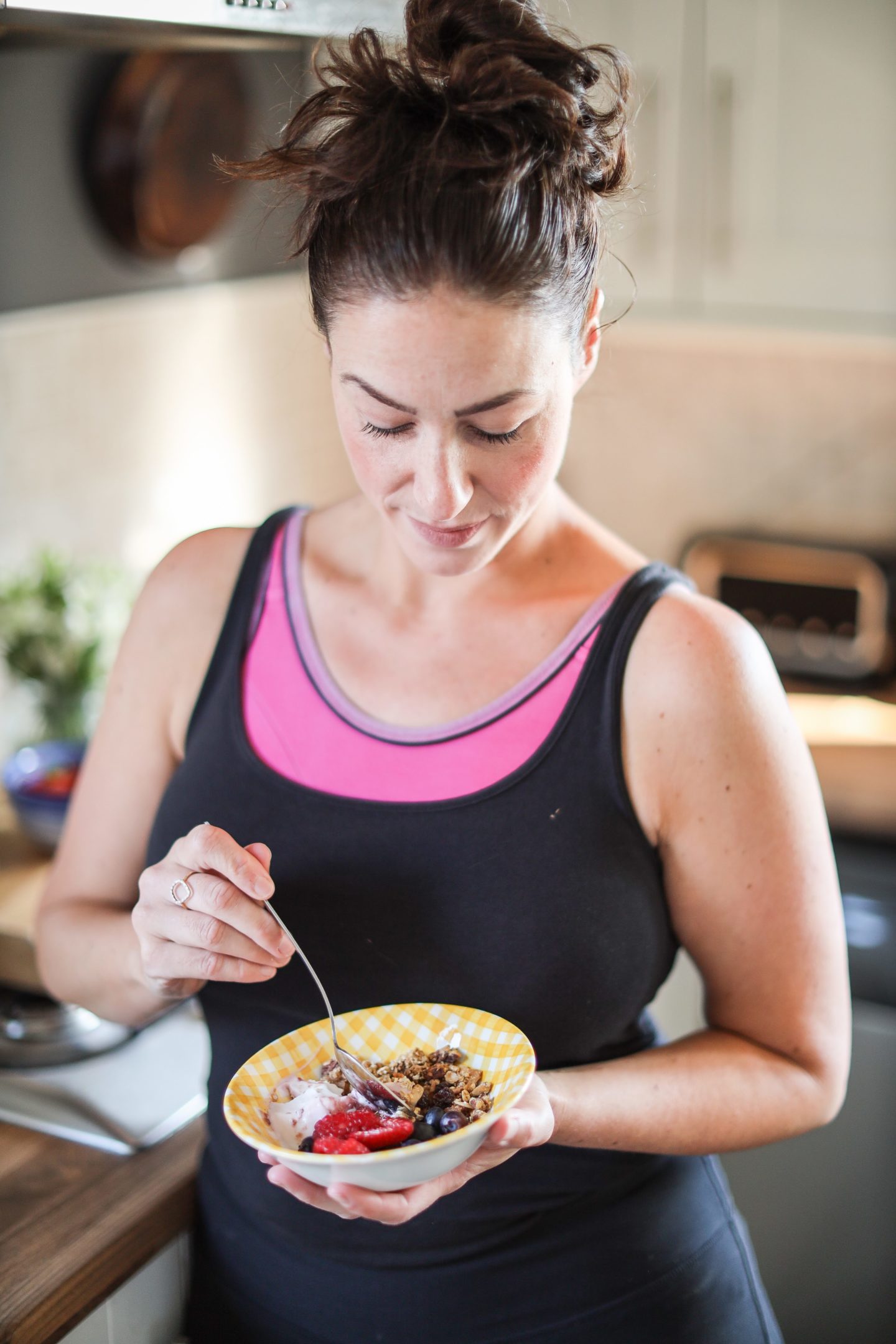 Serve with fresh berries and a dollop of yoghurt, or nibble on it as a snack with your coffee. Let me know if you try it.