An entire year has flashed before my eyes, a year which I can pretty much sum up in four equal chunks. November-February, March-May, June-August, and September-November.

Part one, the first three months, were spent with two-under-two in a bubble of baby cuddles and nappies in equal measure. Part two, when she was three to six months, was spent in angst, watching her in pain until enough visits to the GP eventually resulted in a CMPA (cow’s milk protein allergy) diagnosis. Part three, six to nine months, was during the summer when we enjoyed trips to the Cotswolds and London, lazy afternoons finished with barbeques in the garden, and walks with the dog on the beach. The final part, these last three months as she has approached a year old, have been a balancing act of parenting a toddler and a baby alongside working and blogging – basically, trying my hardest to appear like I have a hold of both situations.

As quickly as I describe it here in this blog post, the year has passed. Already I harbour feelings of nostalgia for my newborn daughter, that tiny little creature all bundled up in freshly washed and ironed cotton sleepsuits has turned into this almost-walking, determinedly screeching, laughing-at-her-own-jokes baby. Already I see the baby-ness fading, a little girl gradually emerging. Before I know it, she’ll be on her feet running riot with her big brother, and even quicker another year will have passed.

Amidst it all I count my blessings every day and remember to hold on tight to these tiny, precious moments that will one day make up the memory that will contain the best years of my life.

But for now – this moment – is seeing how she likes chocolate cake. 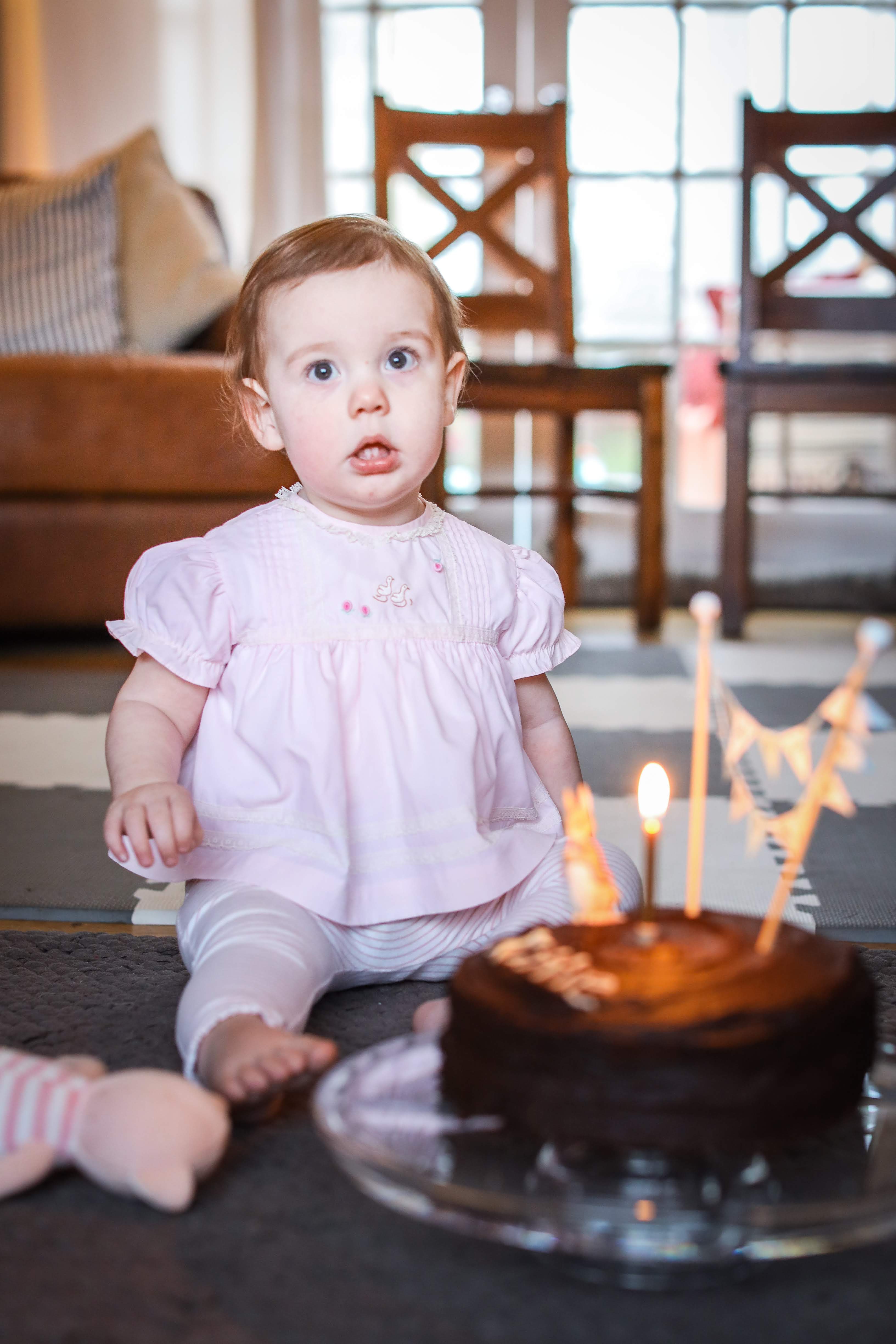 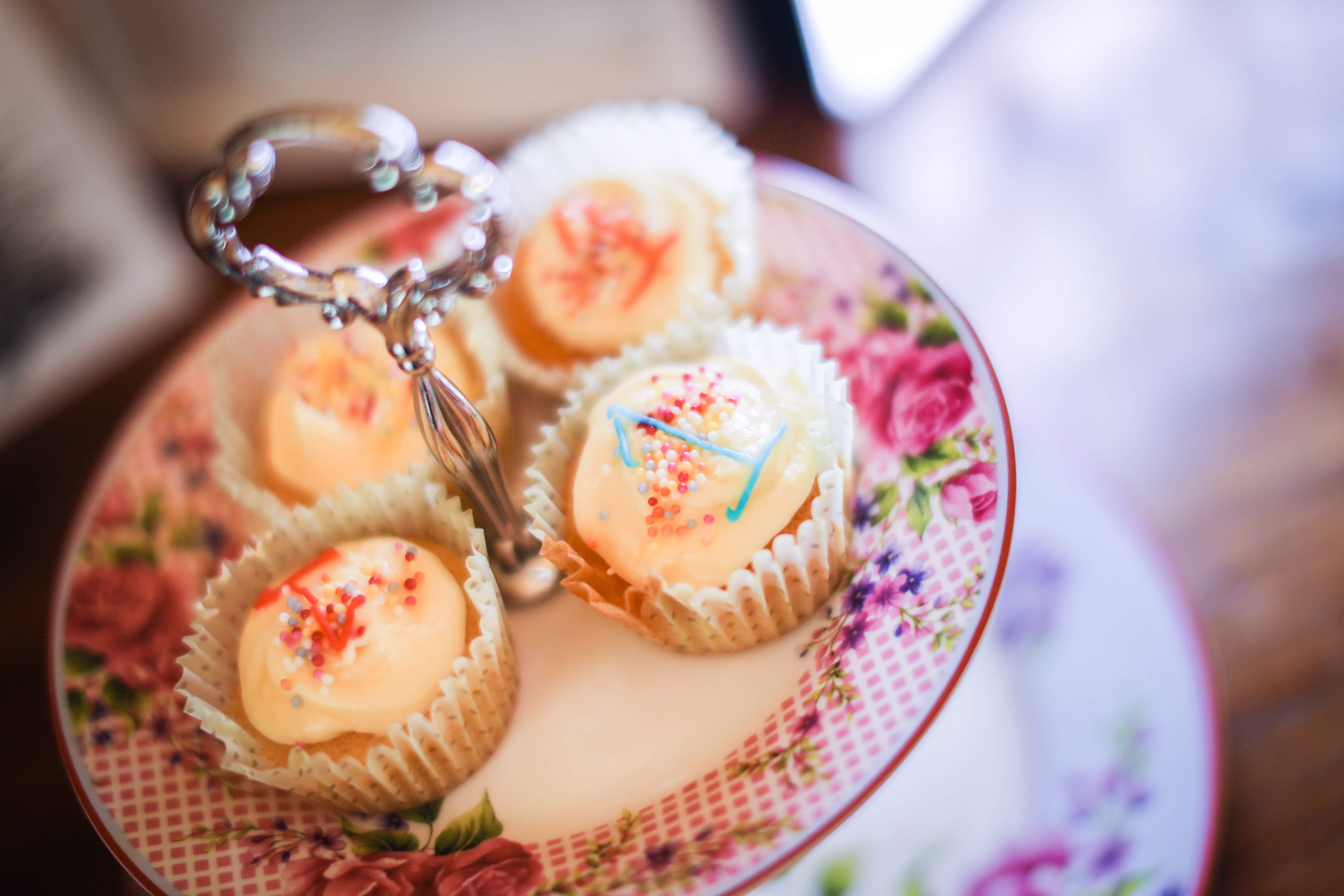 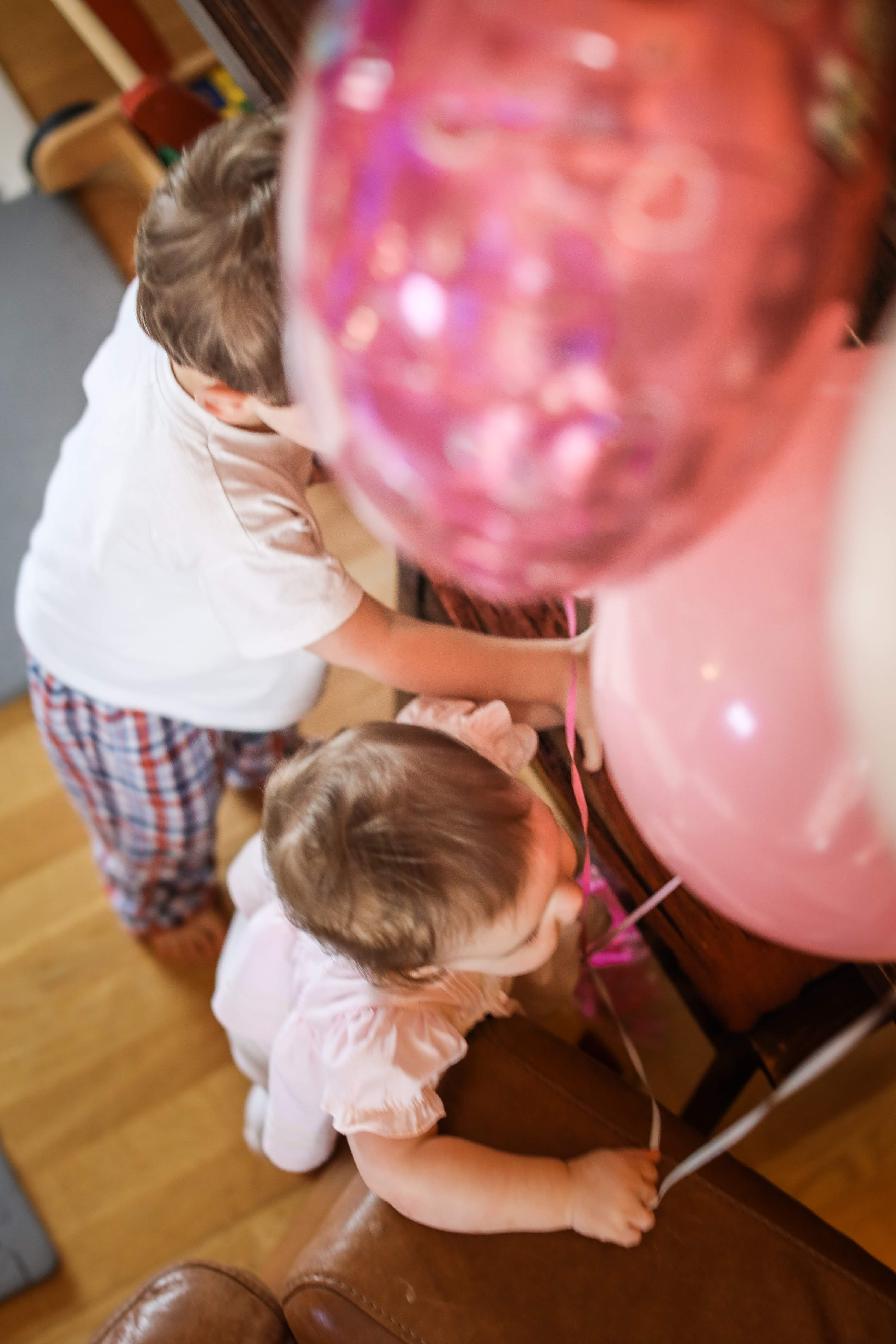 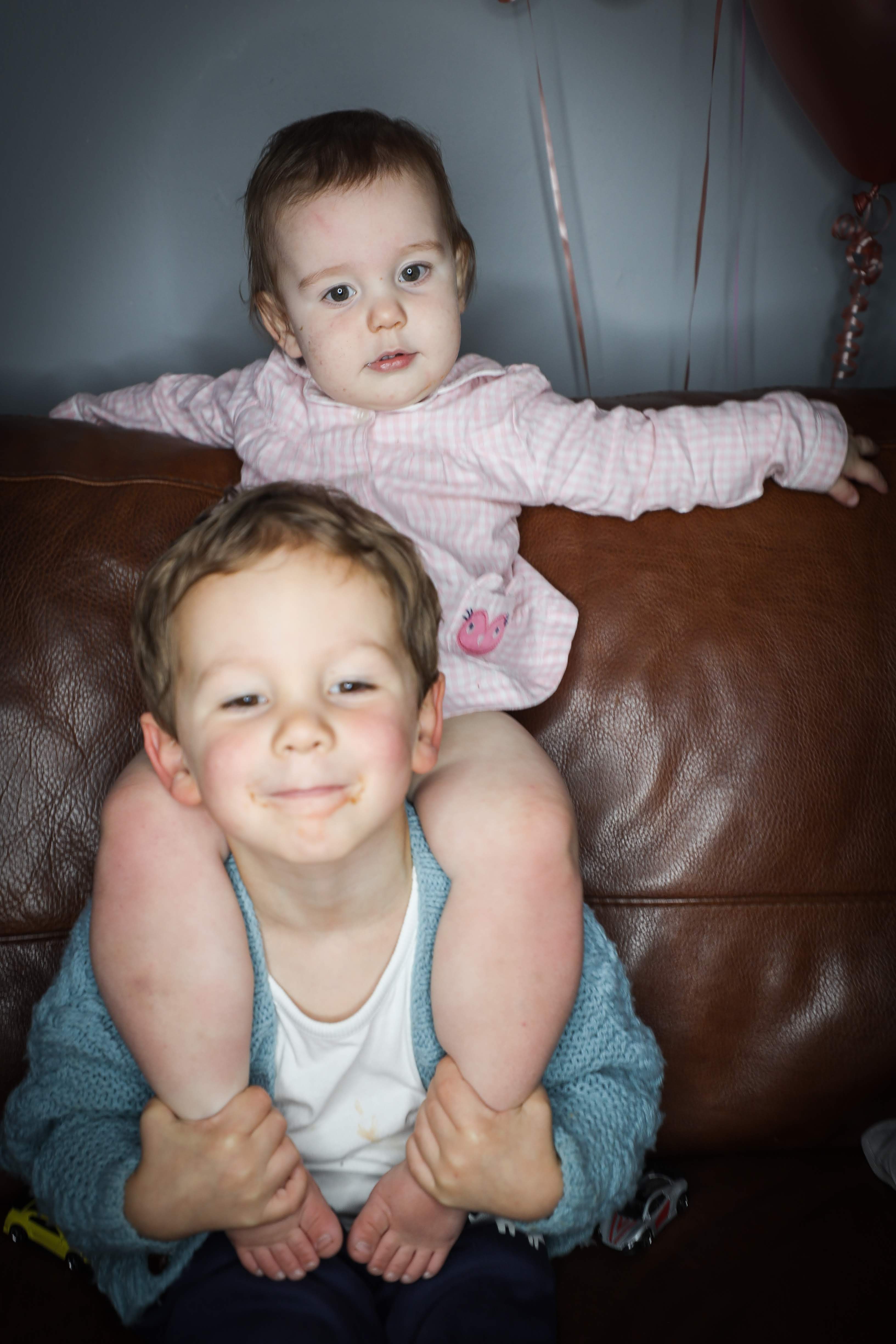 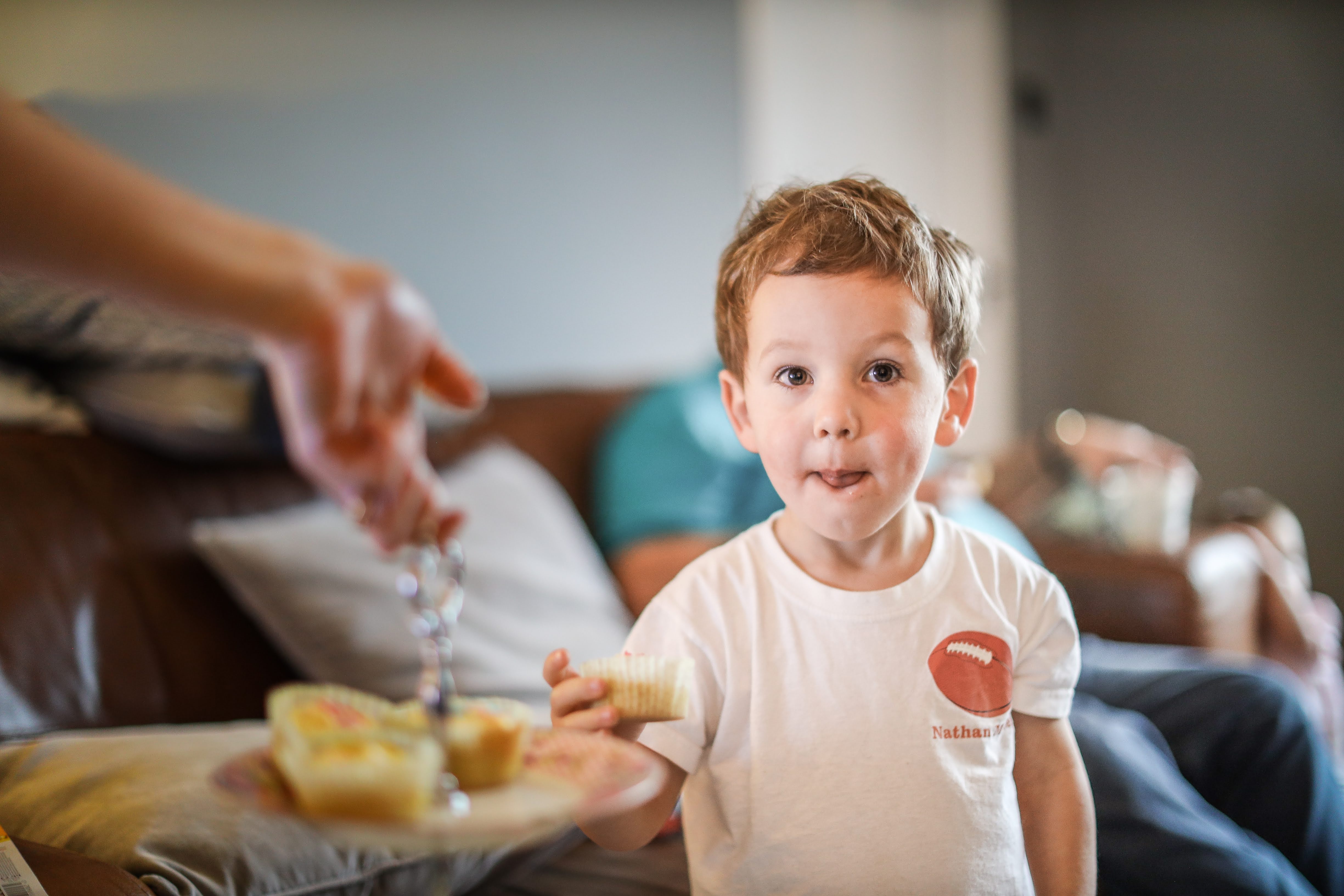