We’ve all said it: one silver lining throughout lockdown and the coronavirus pandemic has been the slower pace of life and the realisation that the people and relationships in our lives are one of the most important things, to be cherished. With this in mind, my two closest friends and I decided we needed a little weekend away for some quality, uninterrupted time together. 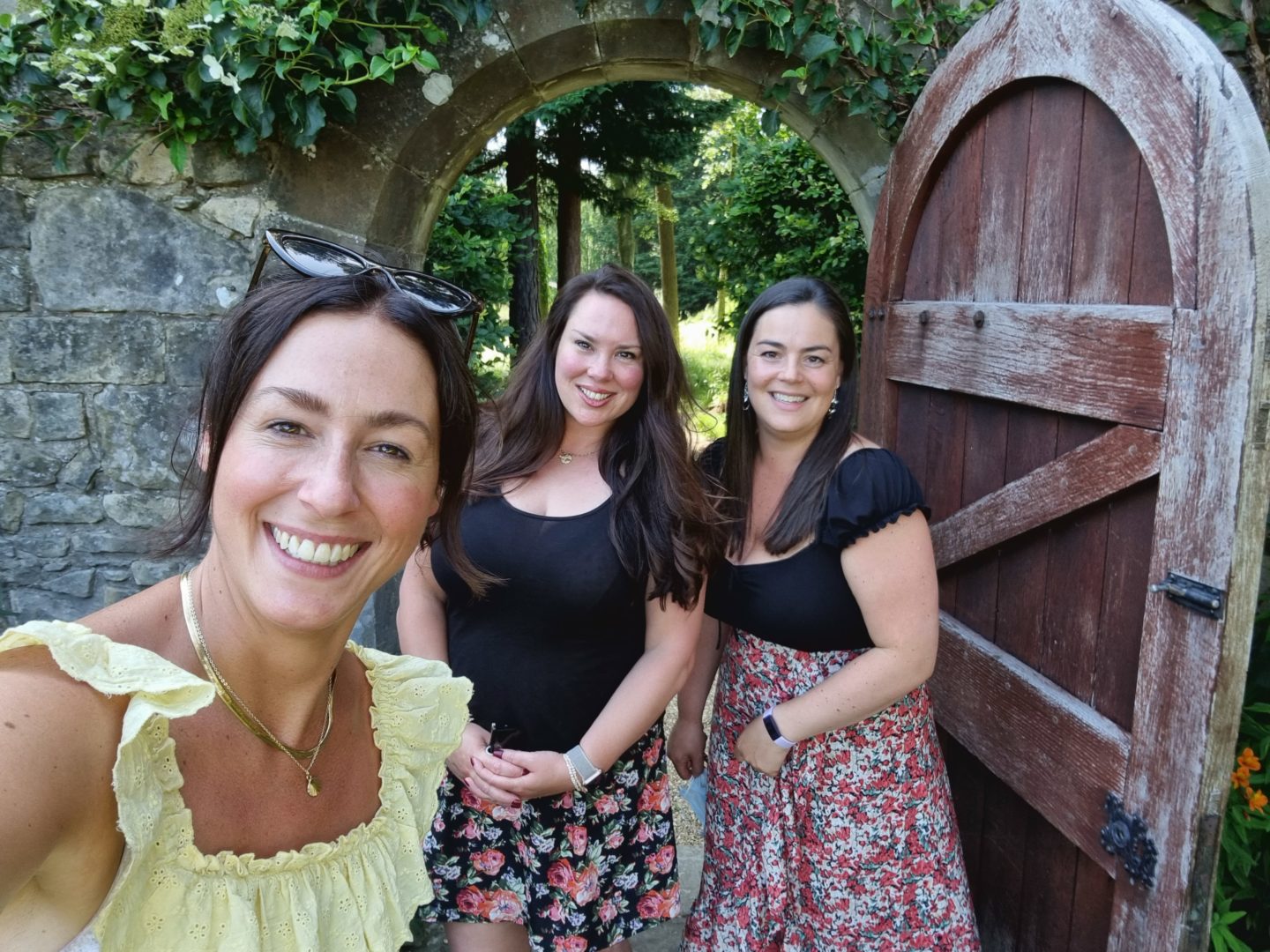 To be entirely transparent about this post: I approached Rufflets in St Andrews about having the three of us for a complimentary media stay (this means the room, and sometimes food, is provided in exchange for coverage across my website and social media). I’ve visited the hotel before so I already knew I loved it – rest assured, I would only ever recommend something that I genuinely like, or would pay for myself. The only downside to this hotel is the lack of a spa – everything else is spot on. 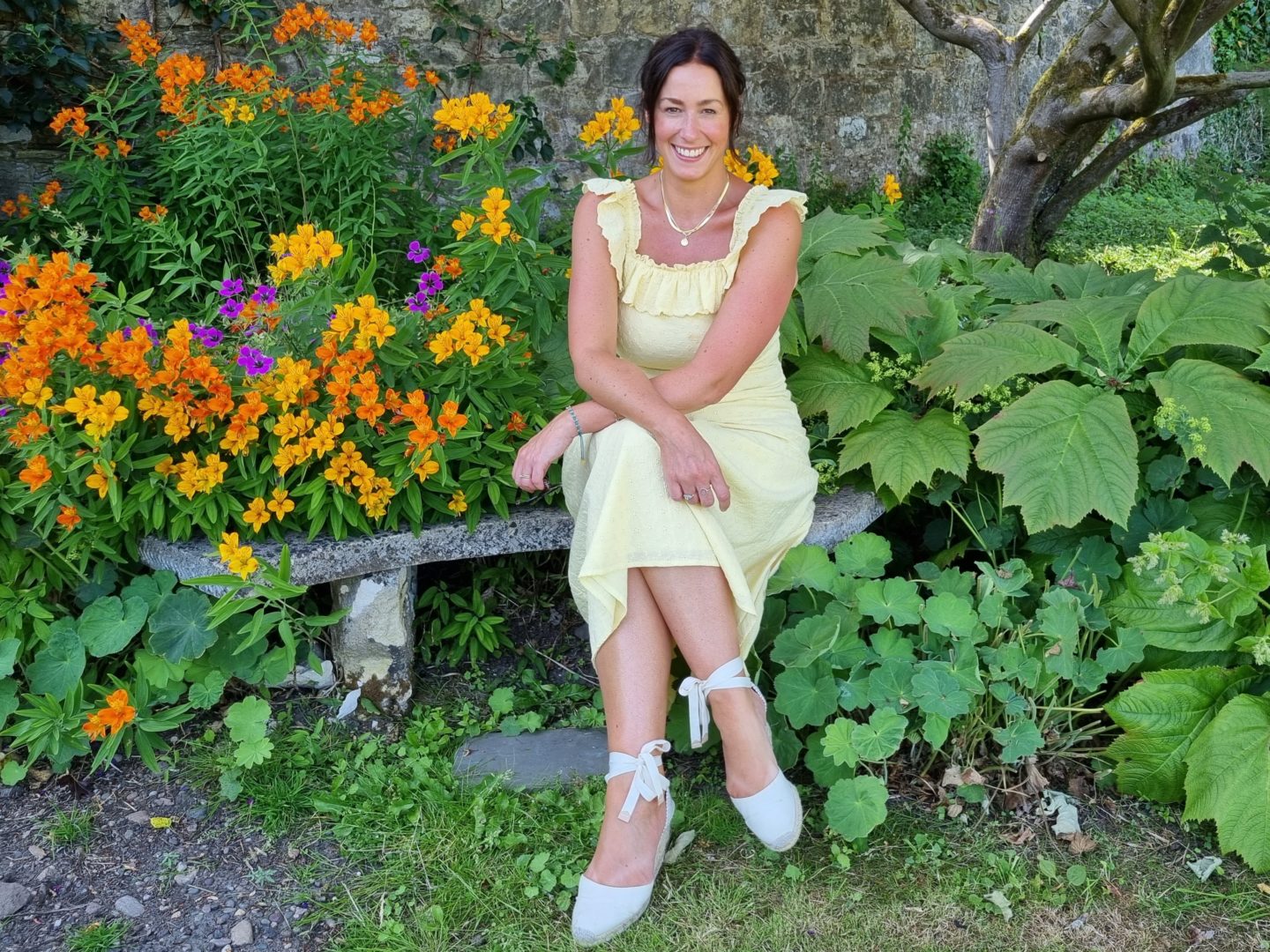 The hotel is fairly traditional and luxurious in terms of decor – downstairs the lounge areas are plush with neutral colour palettes, while the bedrooms are modern yet timeless. There are both new and old pieces of furniture, making it feel up-to-date while remaining true to its heritage – the hotel is around 100 years old. The corridors upstairs are a bit dated, but I find this comforting for some reason. 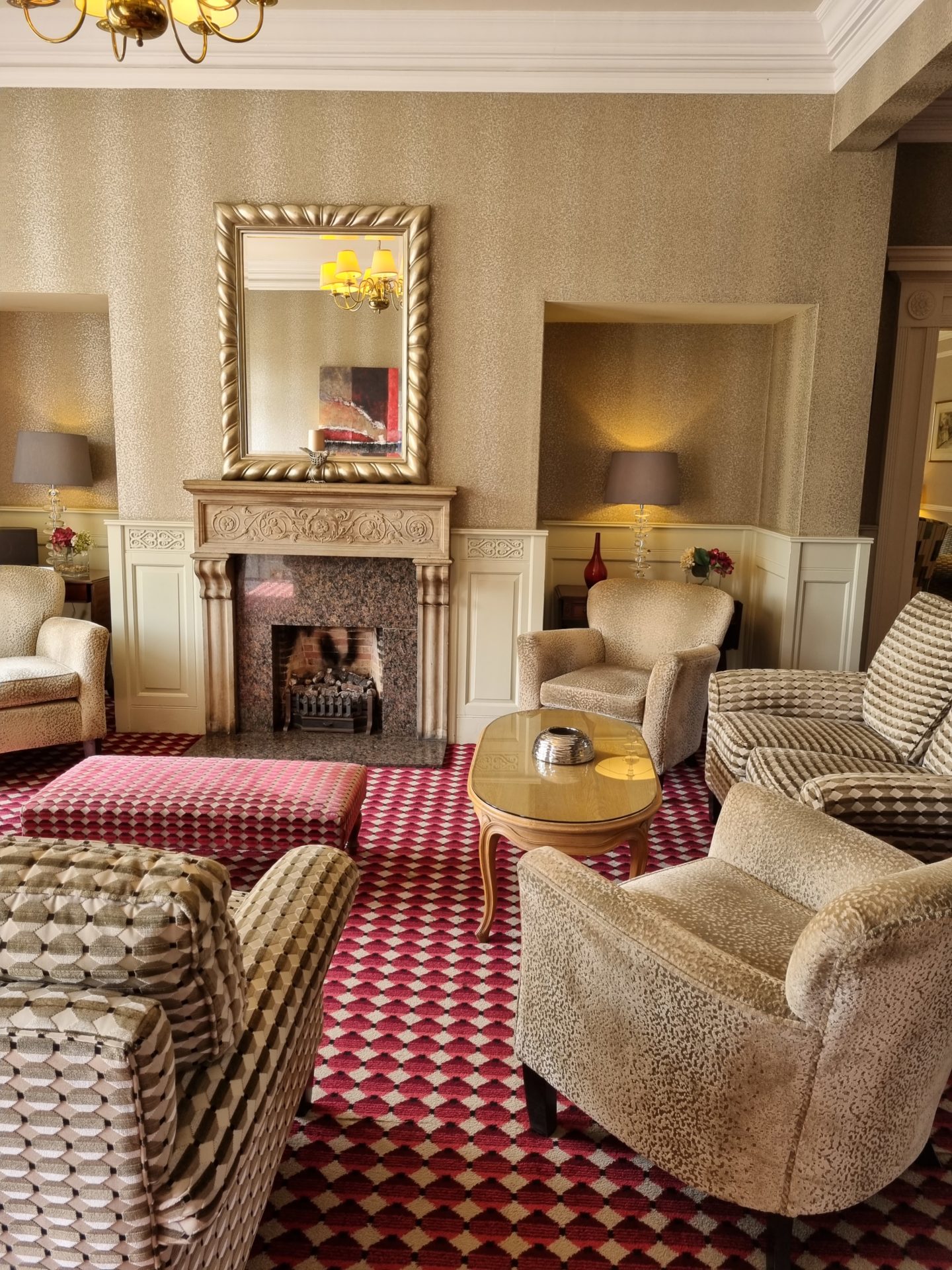 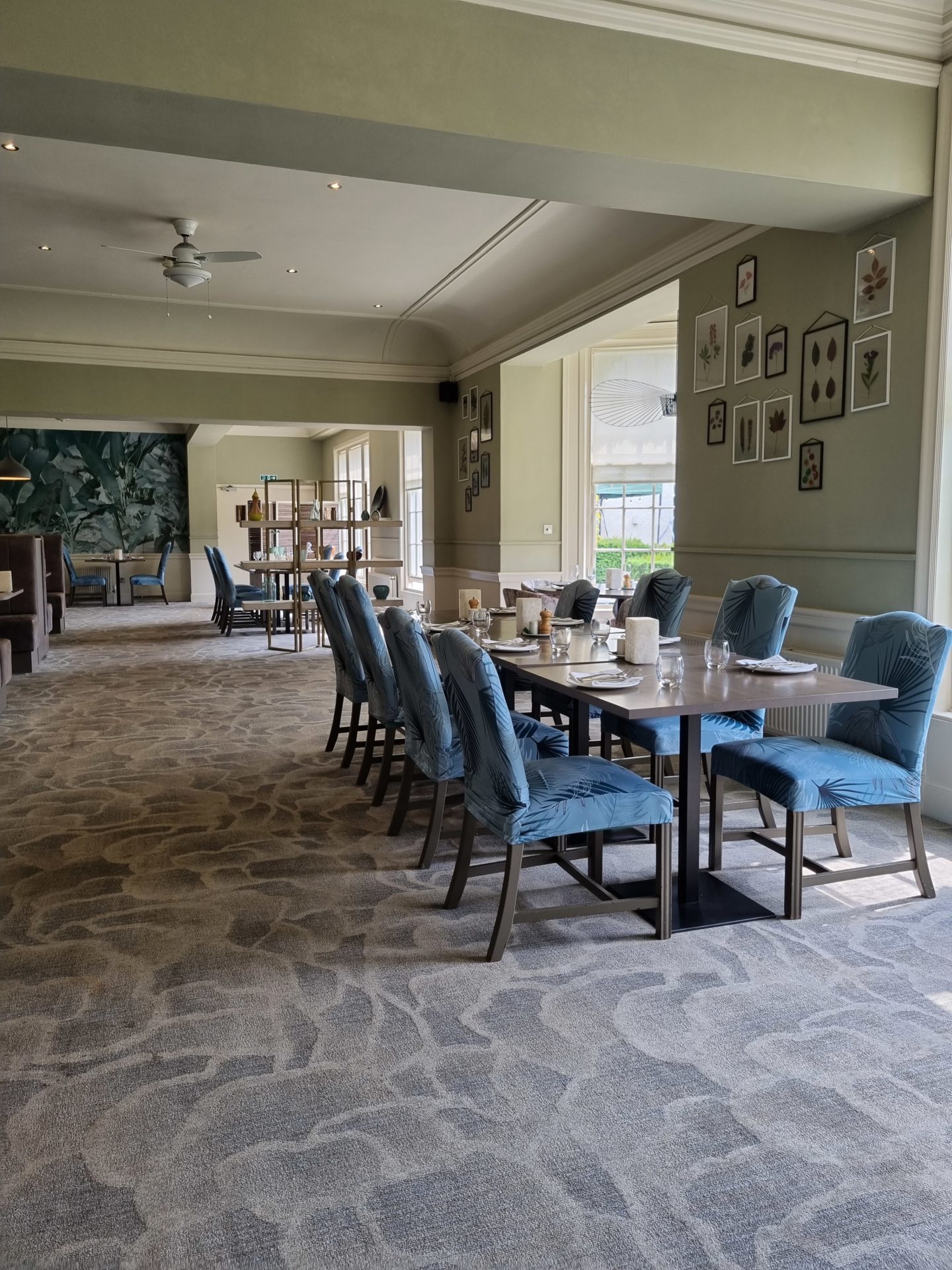 Rufflets’ gardens are really very special. The hotel is set slightly back off the road – a short driveway takes you up to the hotel and into a car park shaded by trees, which is lovely, but the prettiest views are round the side and back of the hotel.

The hotel kindly provided a tour of the gardens with their Head Gardener, Logie Cassells. Logie was an enthusiastic and engaging host, who told us all about the history of the hotel, the plans for the future, and what he and the team have been working on since he joined Rufflets in January this year. A lot of space has been created, to let light in. Logie said, “Miracles don’t happen in the dark.” This resonated, and it’s so true, isn’t it? Where there is light, there is life.

The old croquet lawn, below, has been given a small makeover; some trees beside the wall have been cleared, while pebbled paths have been introduced to allow better drainage (part of the reason the lawn didn’t work was because it was too wet). Wildflowers were sewn to add character – and they’re so easy on the eye – but they also tell the gardeners where the soil is thriving and where it needs some attention. 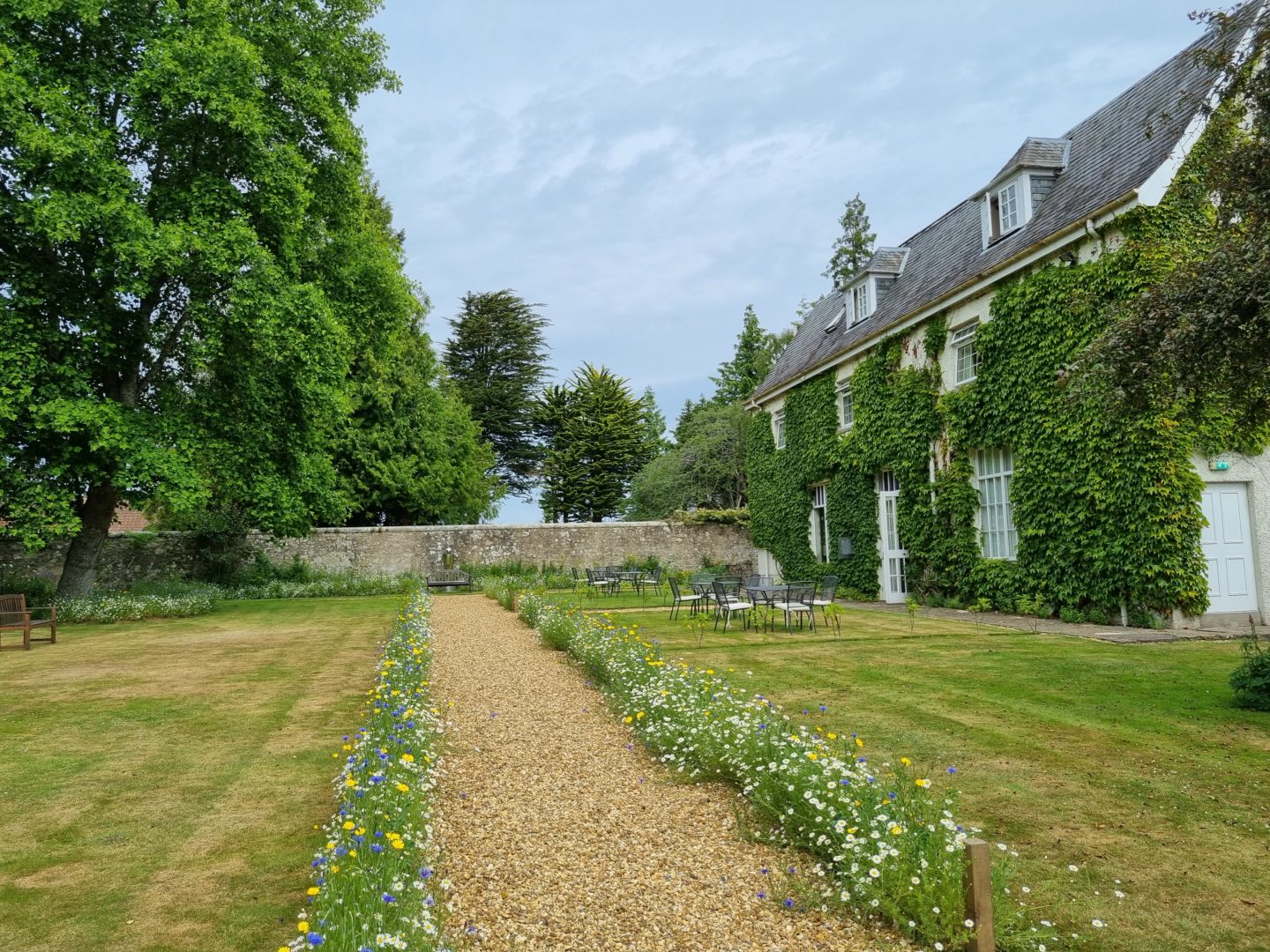 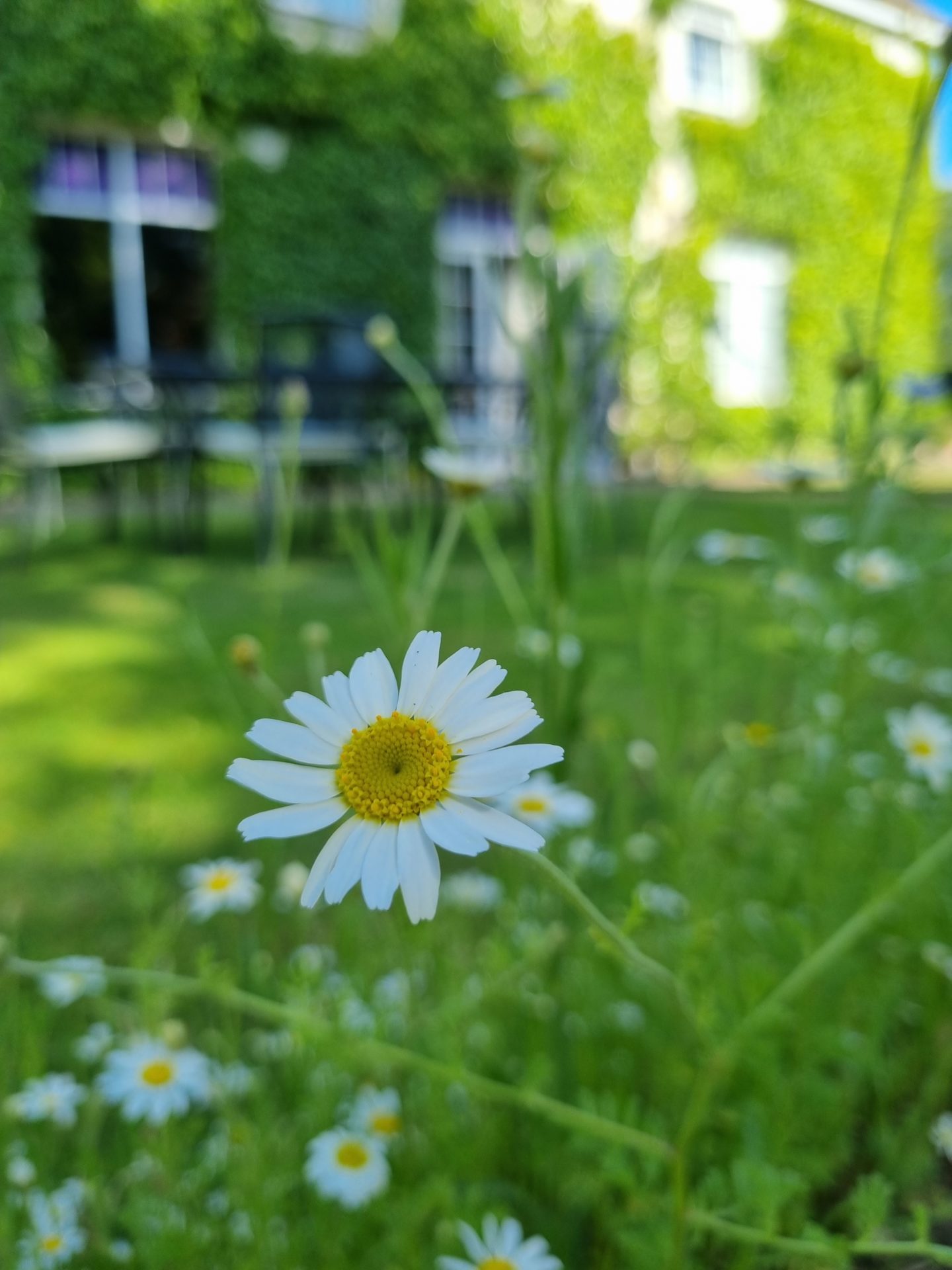 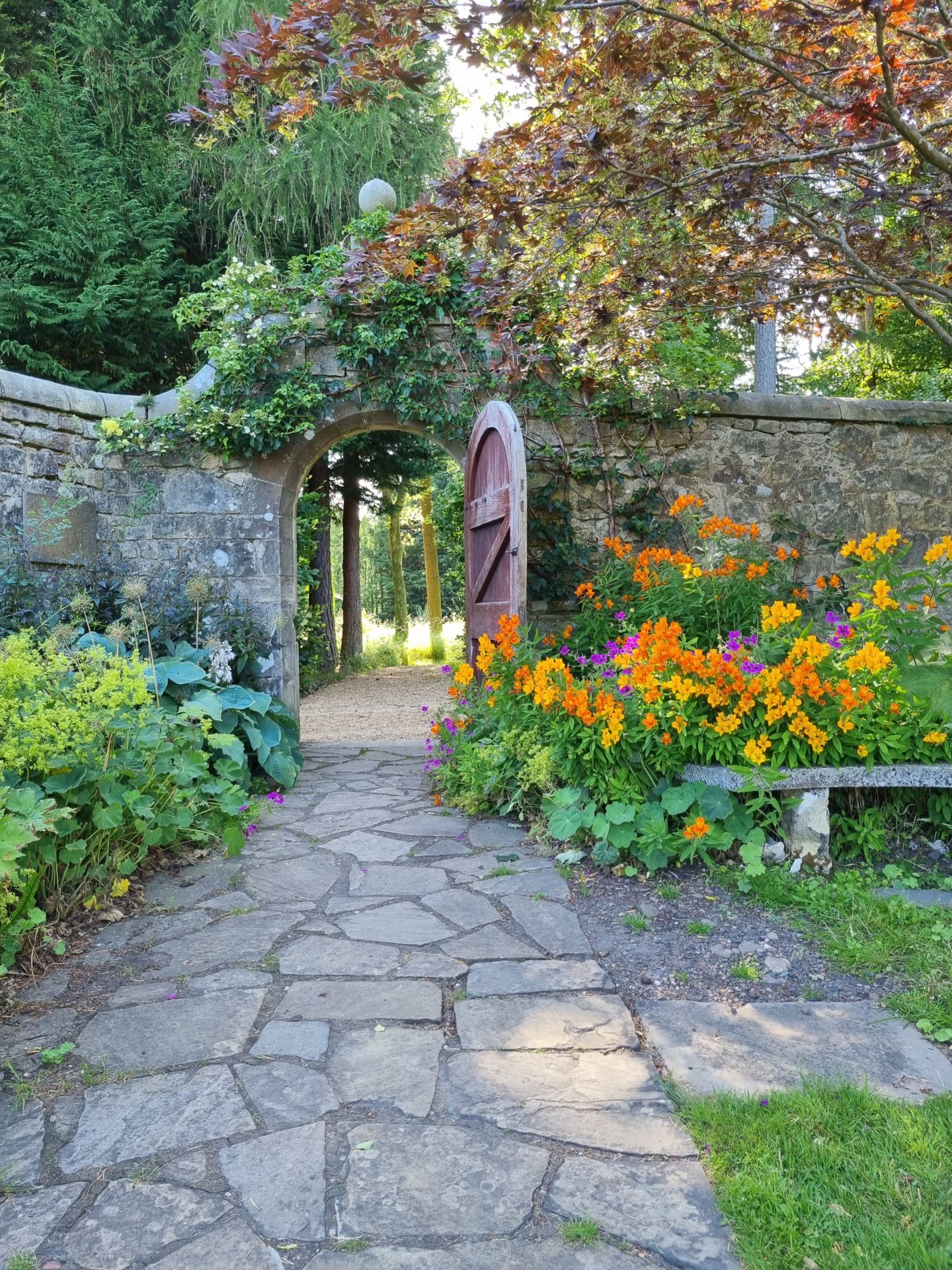 The arched wooden door in the old stone wall was incredibly inviting – curiosity got the better of us, and it was through here that we discovered the Kitchen Garden. Logie told us all about the fruit, veg and flowers being grown here (root veg, kale, lettuce, strawberries, herbs, all sorts) as part of the future vision to incorporate the Kitchen Garden into the menu, which means a lot of collaborative work between the gardeners and the chefs. Though the menu was mouth-wateringly good, the main courses did seem to have a winter-focus, which wasn’t appealing on a hot summer’s day. We chose light, cold, lunchtime starters, but by working with the food being grown on-site there could be better opportunity for a more seasonal menu. However, I recognise that this is a work-in-progress as growth in the Kitchen Garden really only began properly this season – by next year, Logie promised there would likely be significant changes. 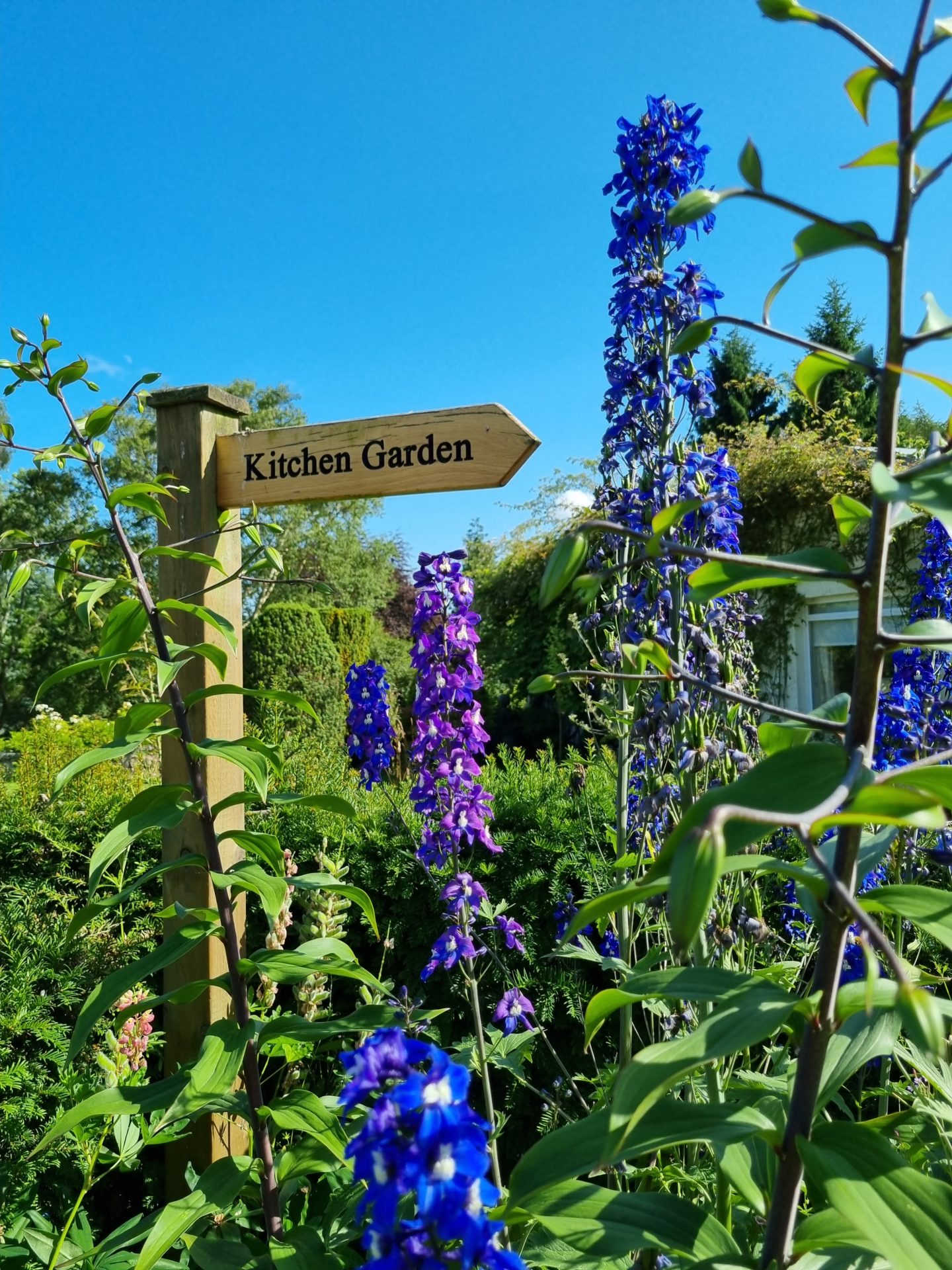 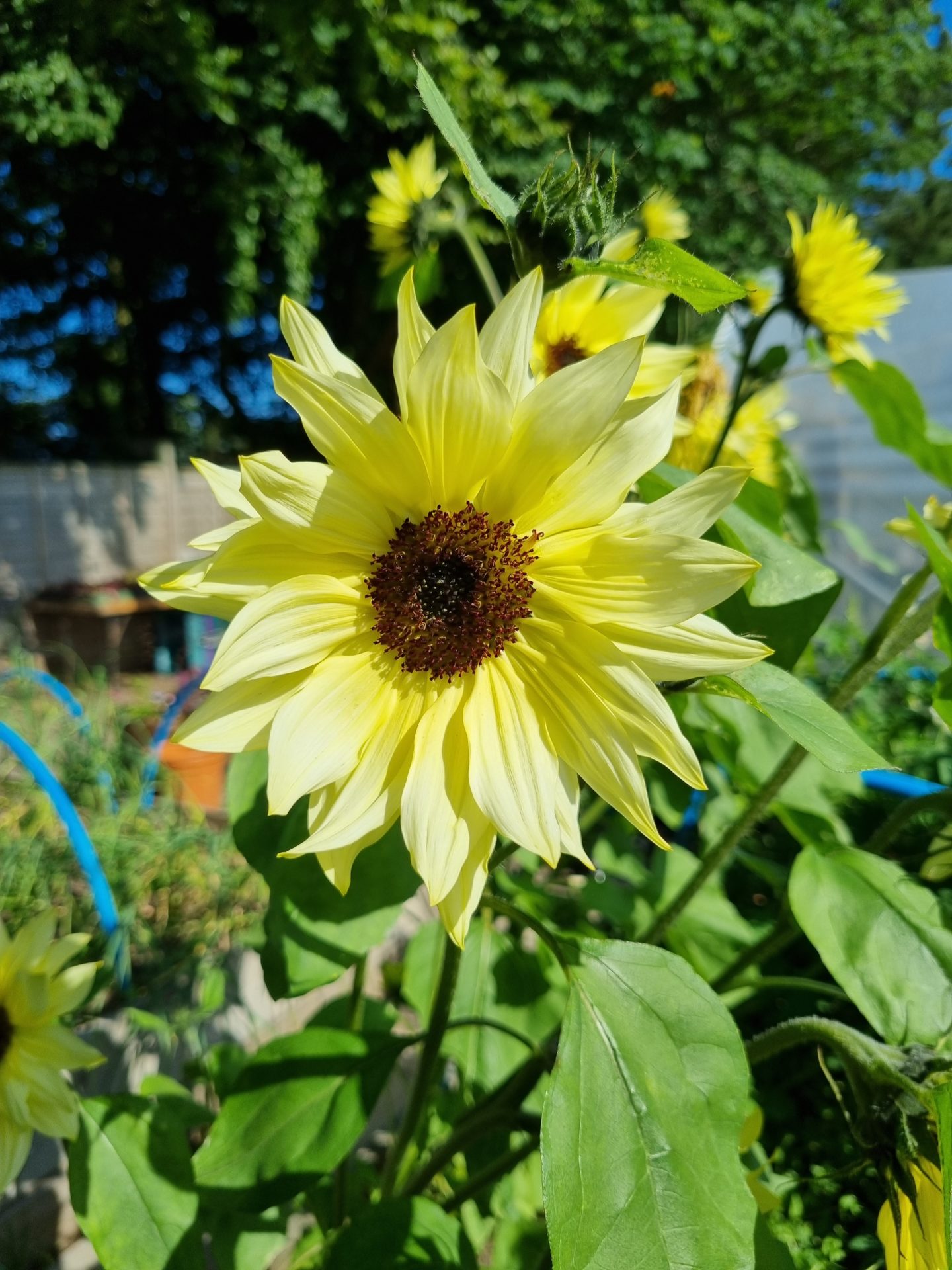 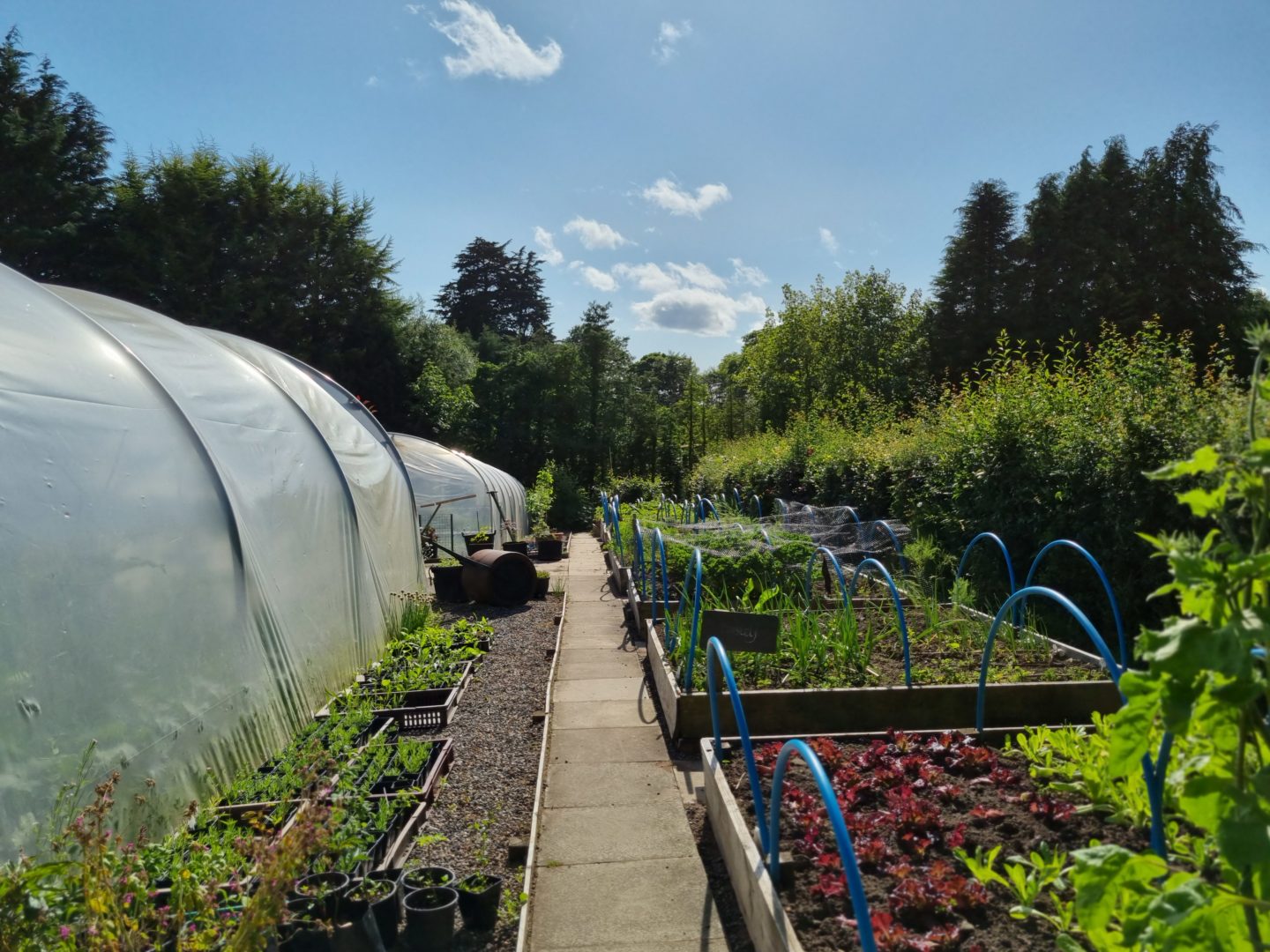 Another unique element of Rufflets is the honeyberry, a little-known fruit that looks like a long blueberry and has another layer inside more like a raspberry, which gives the juice a dark, blood-red hue. Apparently it’s more nutritious than blueberries or raspberries, and I can confirm that it’s as delicious. They’re grown at Rufflets, and we were told that Logie was, in part, responsible for their arrival into the UK. 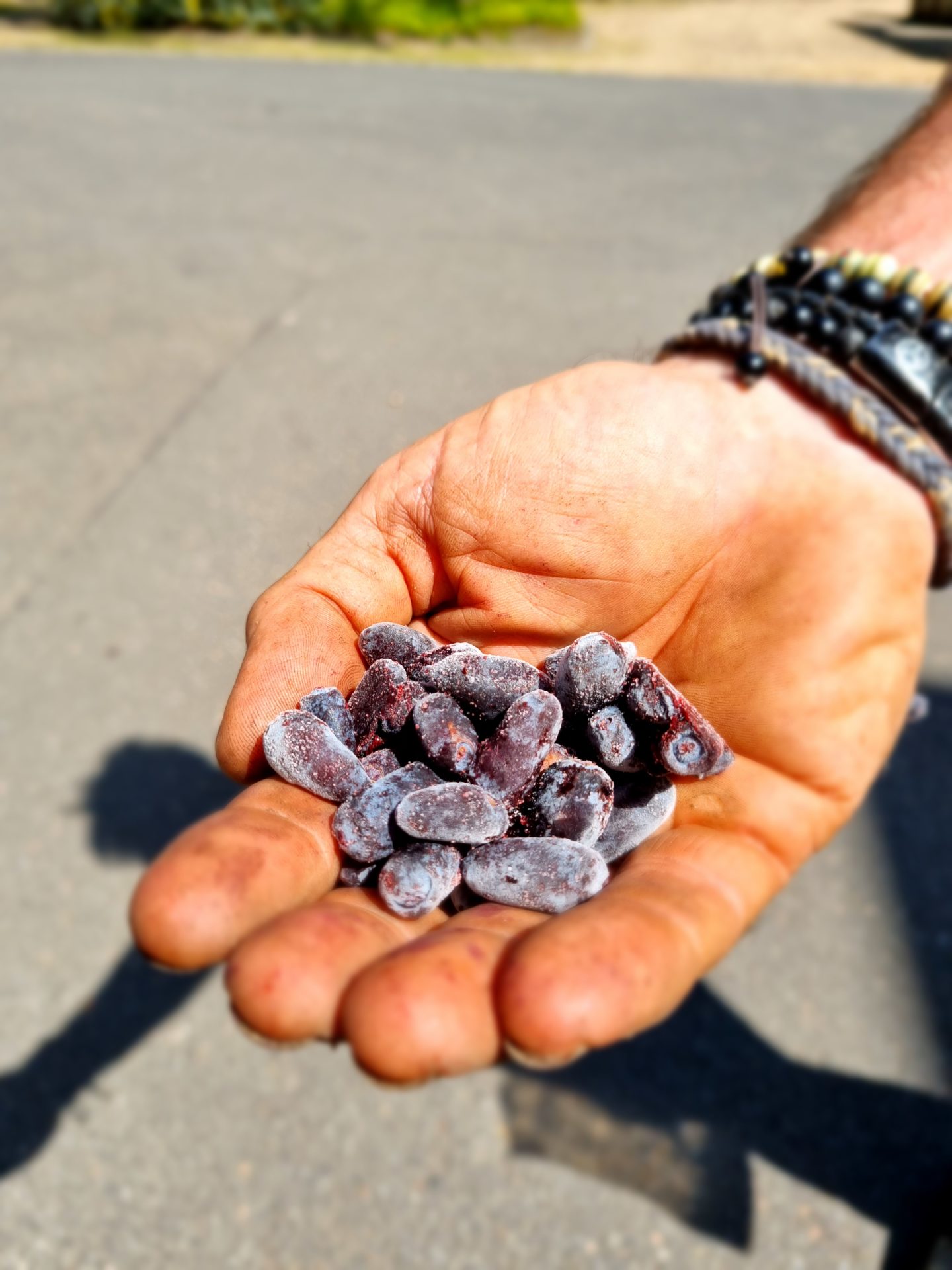 There were three of us staying overnight together, but we wanted one space to really enjoy some quality, uninterrupted time together. The hotel had arranged a family room for us, which was ideal; the master bedroom had a double bed (which had been split into twin beds for us), with window seats, a wardrobe and a few dressers. Down the corridor was a big family sized bathroom with a huge, deep tub and a spacious walk in shower. Twin sinks were the icing on the cake – three women and one sink is a disaster waiting to happen!

Finally, there was another, smaller bedroom, this time with a single bed and wardrobe, chair, and TV. It even had a window of its own, which was a relief as we were there in 27 degree heat – the master bedroom did get really warm despite the window being open all day and night. 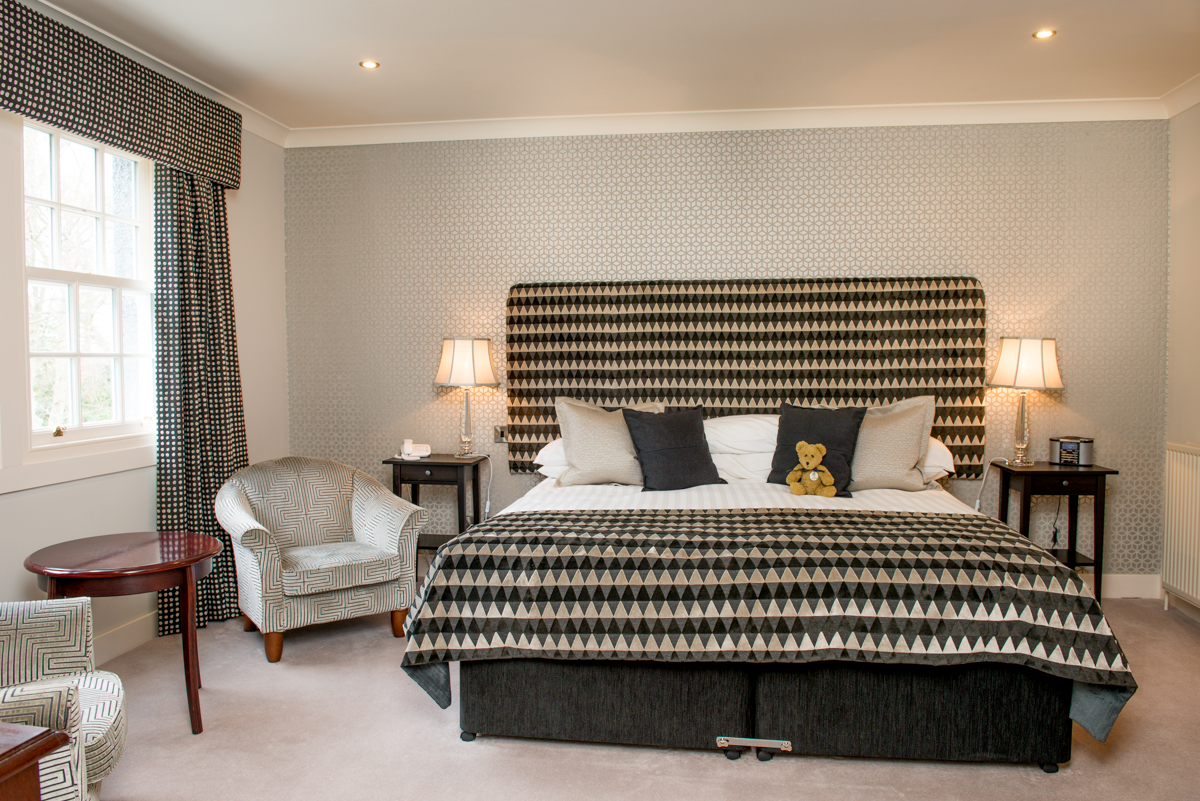 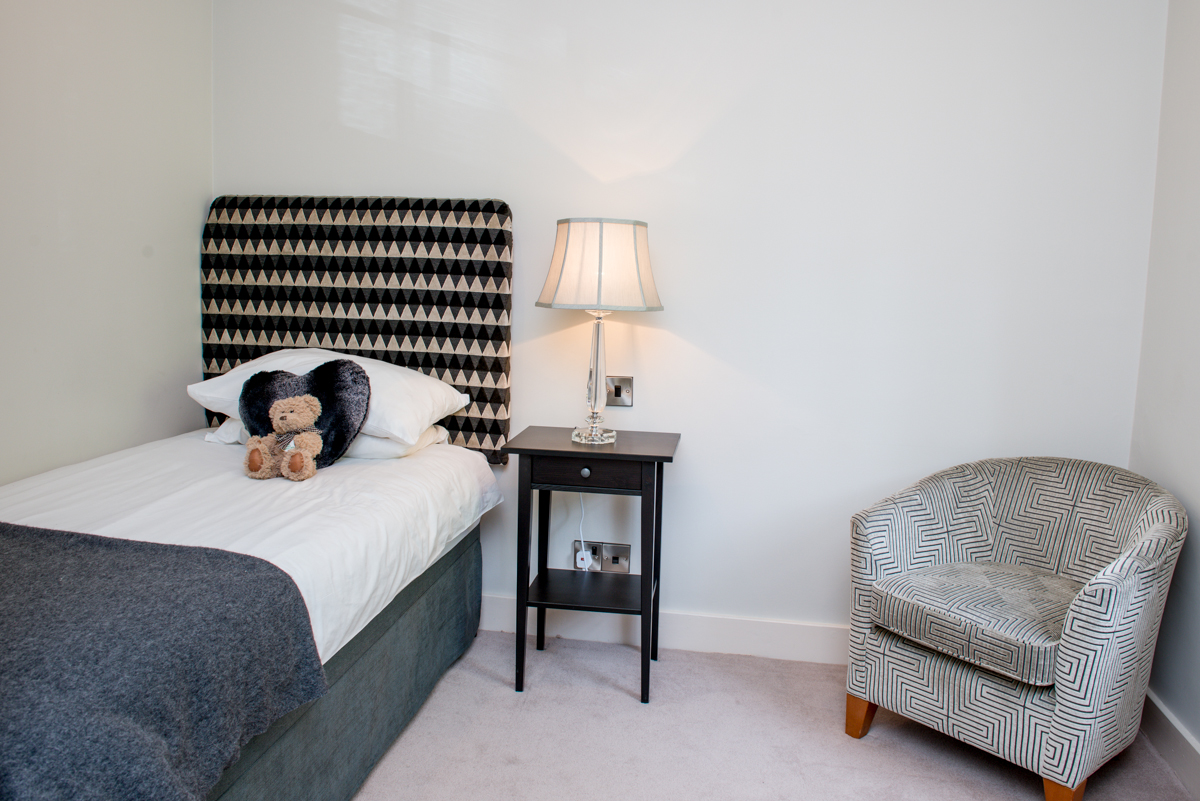 The weather was glorious so, naturally, we sat outside – being Scottish/British, we spent as much time outside in the sun as we could. The menu had some beautiful dishes, but we fancied something light so we ordered a selection of starters for sharing – shrimps, olives, smoked salmon, artisan breads… everything was incredibly fresh and tasty, and our canapes later on left us wanting more again. Cream cheese-filled parcels and miniature baked potatoes with pea, they were bite-size pieces of deliciousness served with a chilled glass of champagne. The 5 o’clock sun cast a golden glow over the gardens as we sat on the terrace in our little piece of heaven. It really was perfect. 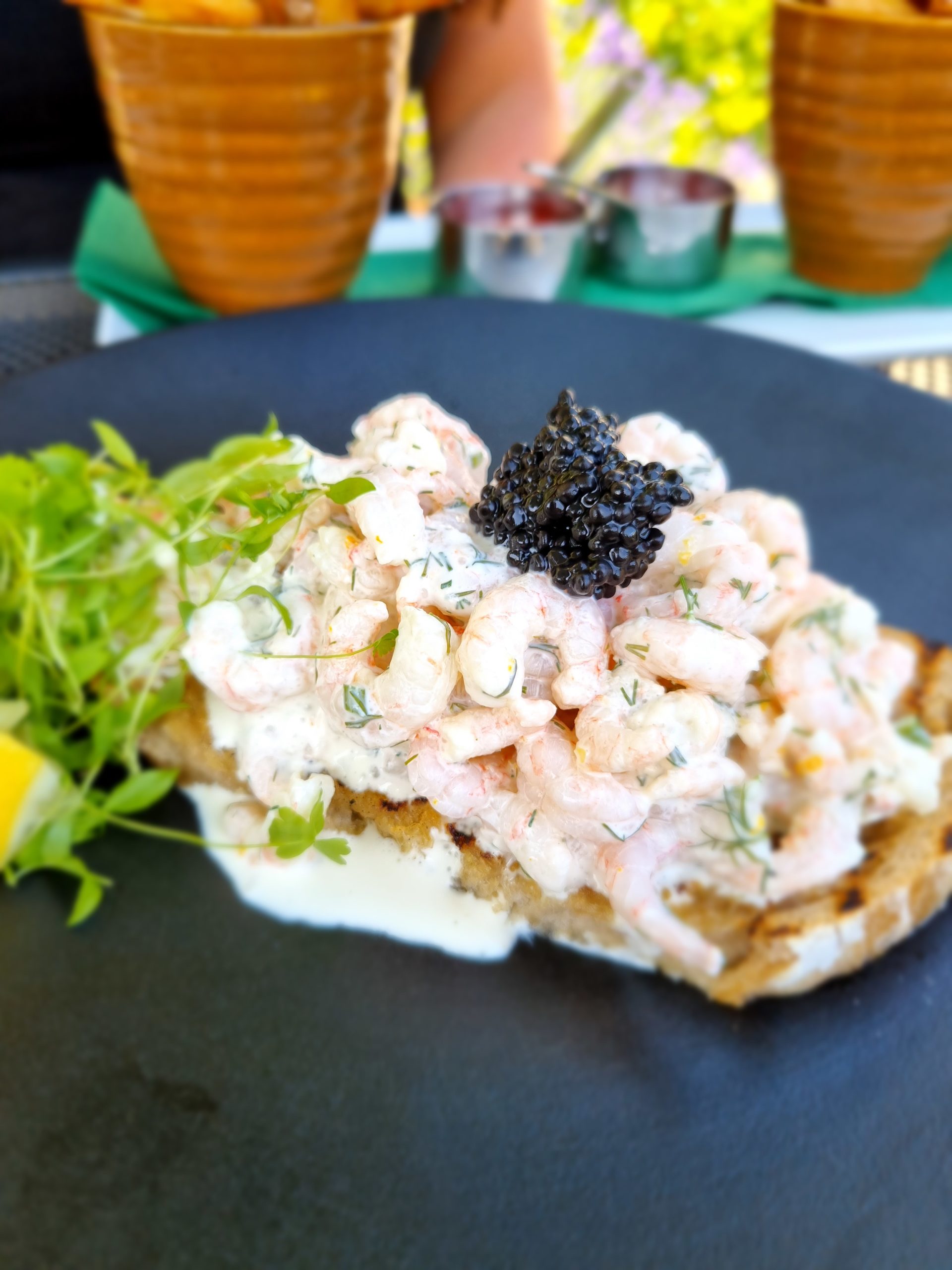 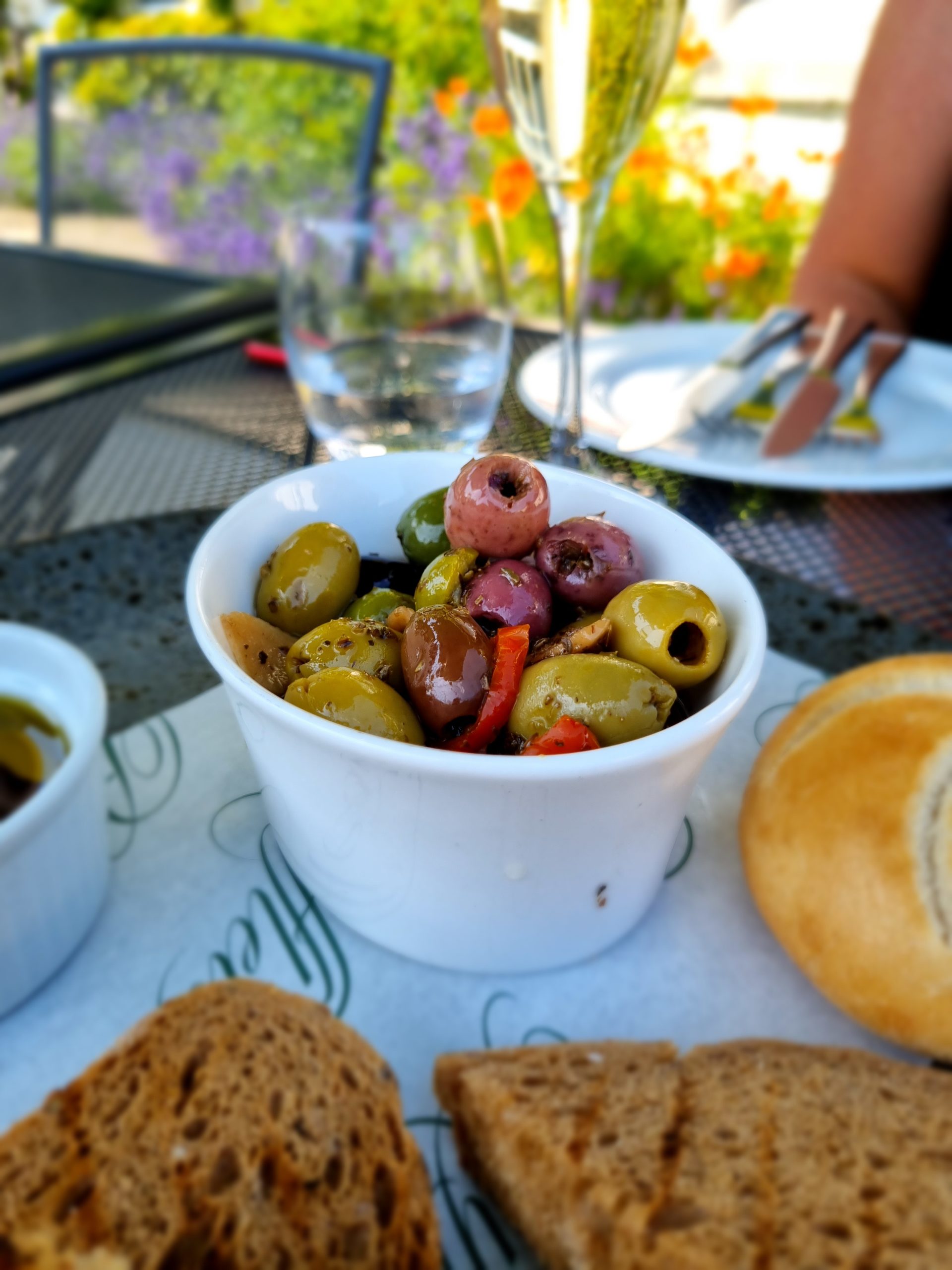 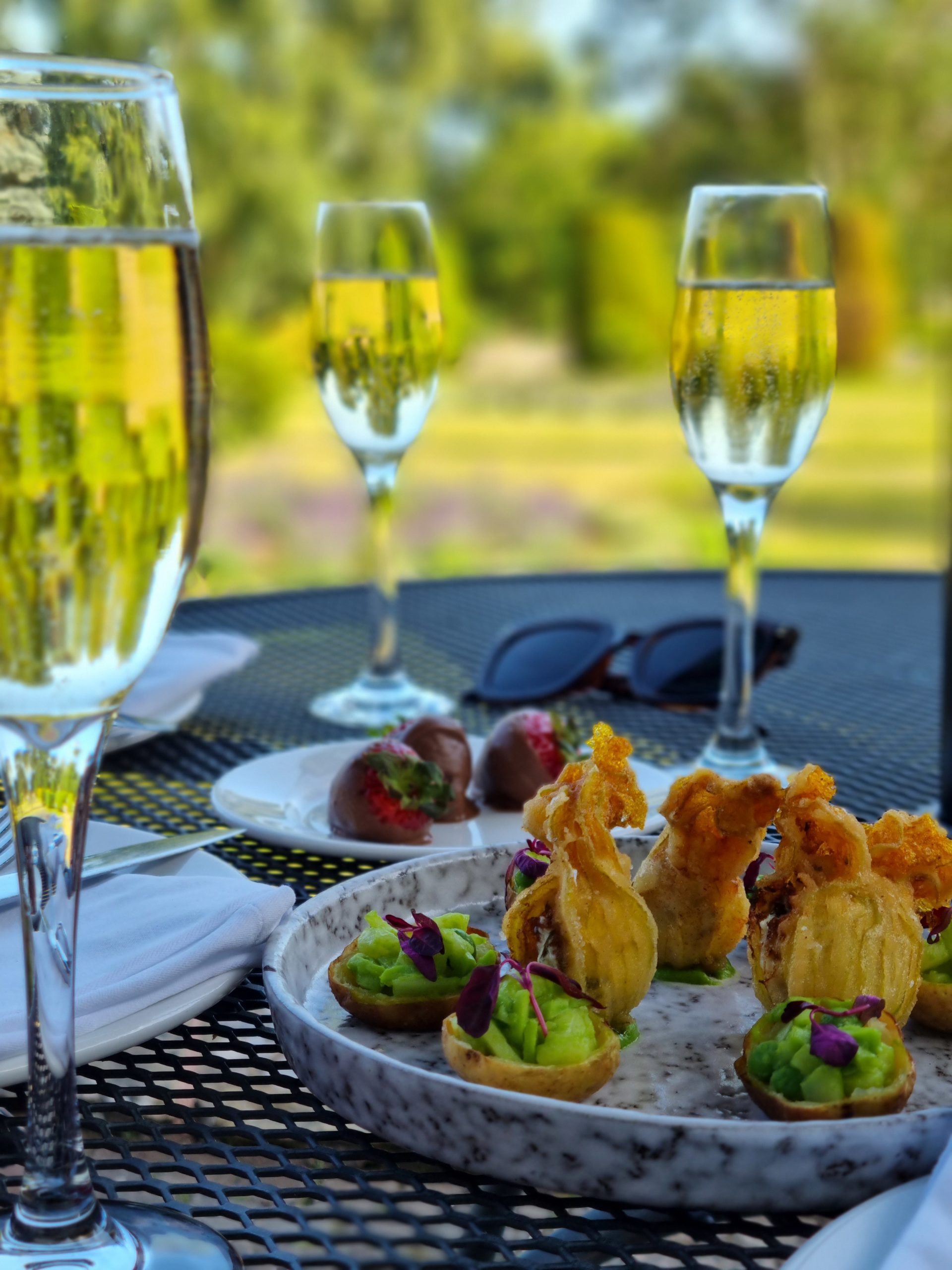 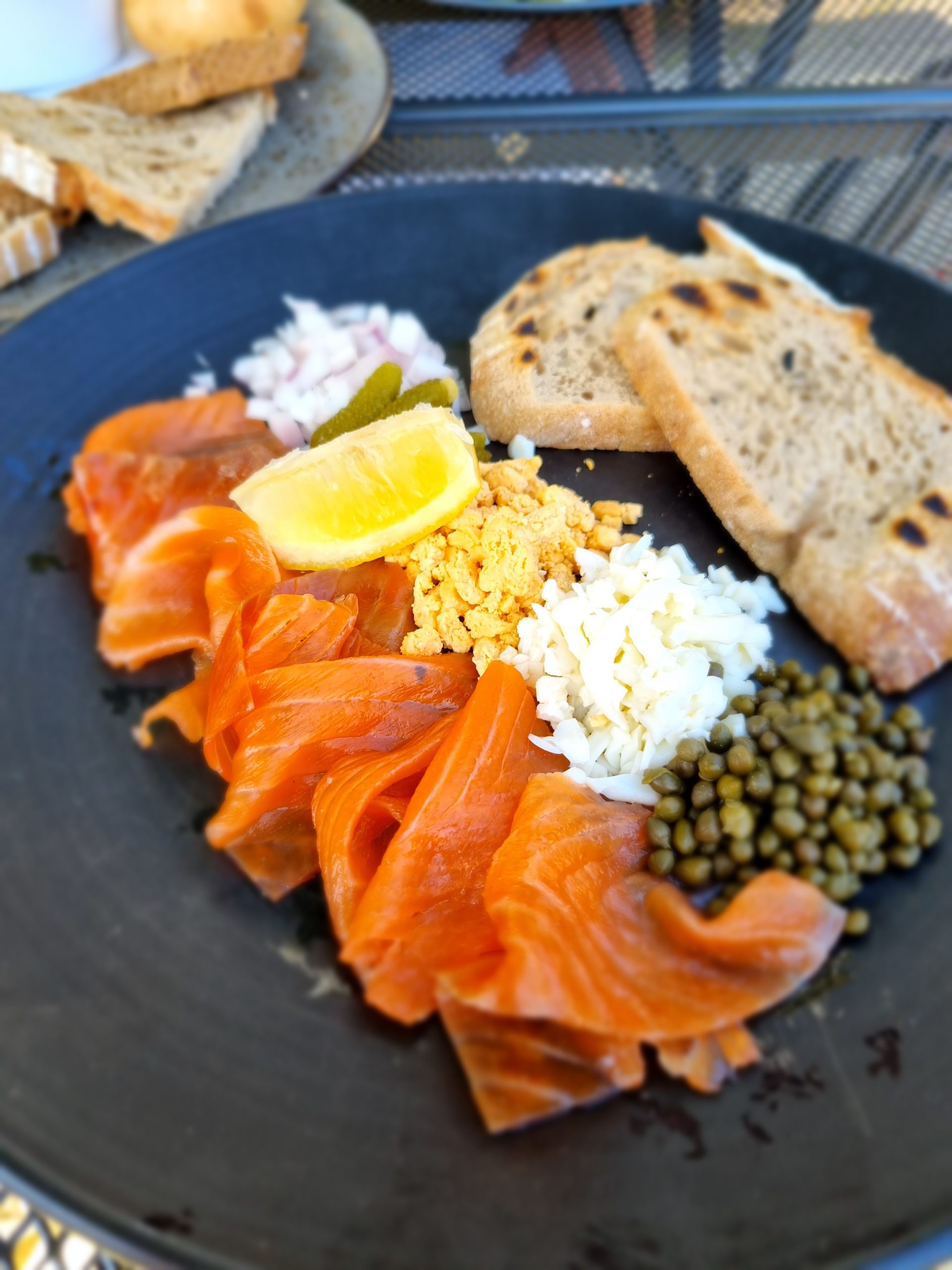 Breakfast is one of my favourite meals at a hotel, the excitement levels I get going down for breakfast are through the roof. A buffet is always fun, but my eyes are always bigger than my belly and I never learn from experience – I overload my plate and then complain for the rest of the day about eating too much. Rufflets’ breakfast was a la carte, which we ordered the night before – browsing the menu we were spoiled for choice. I would rather order breakfast in the morning at the table, but it was nice waking up, getting dressed, going down to breakfast and anticipating the arrival of our food. I chose granola, yoghurt, compote and a fresh fruit salad, while Candice had a frittata, and Nicki decided on the smoked salmon and scrambled egg. We ordered toast and croissants too because, well, a little over-indulgence is a must when you’re mini-breaking. 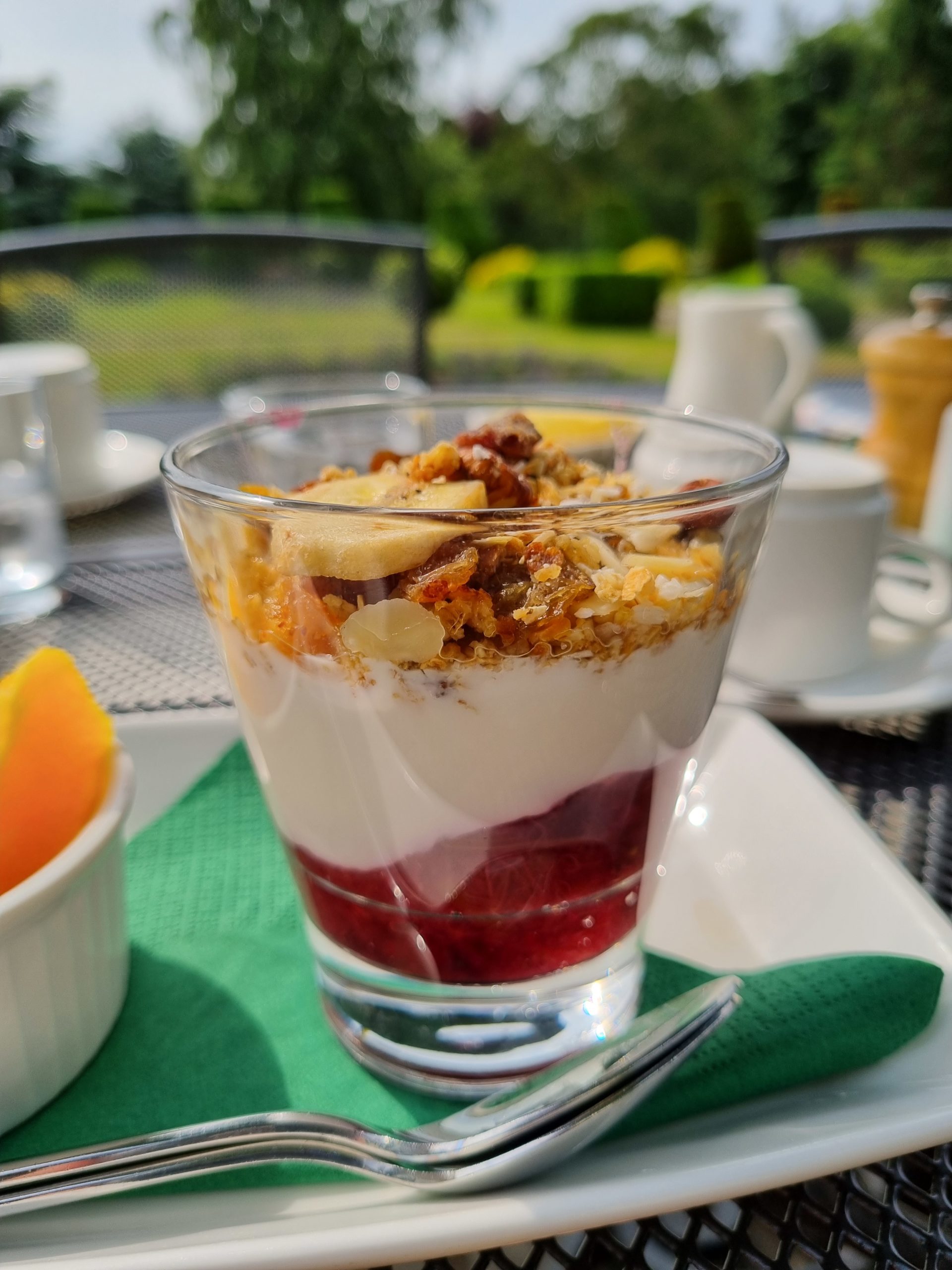 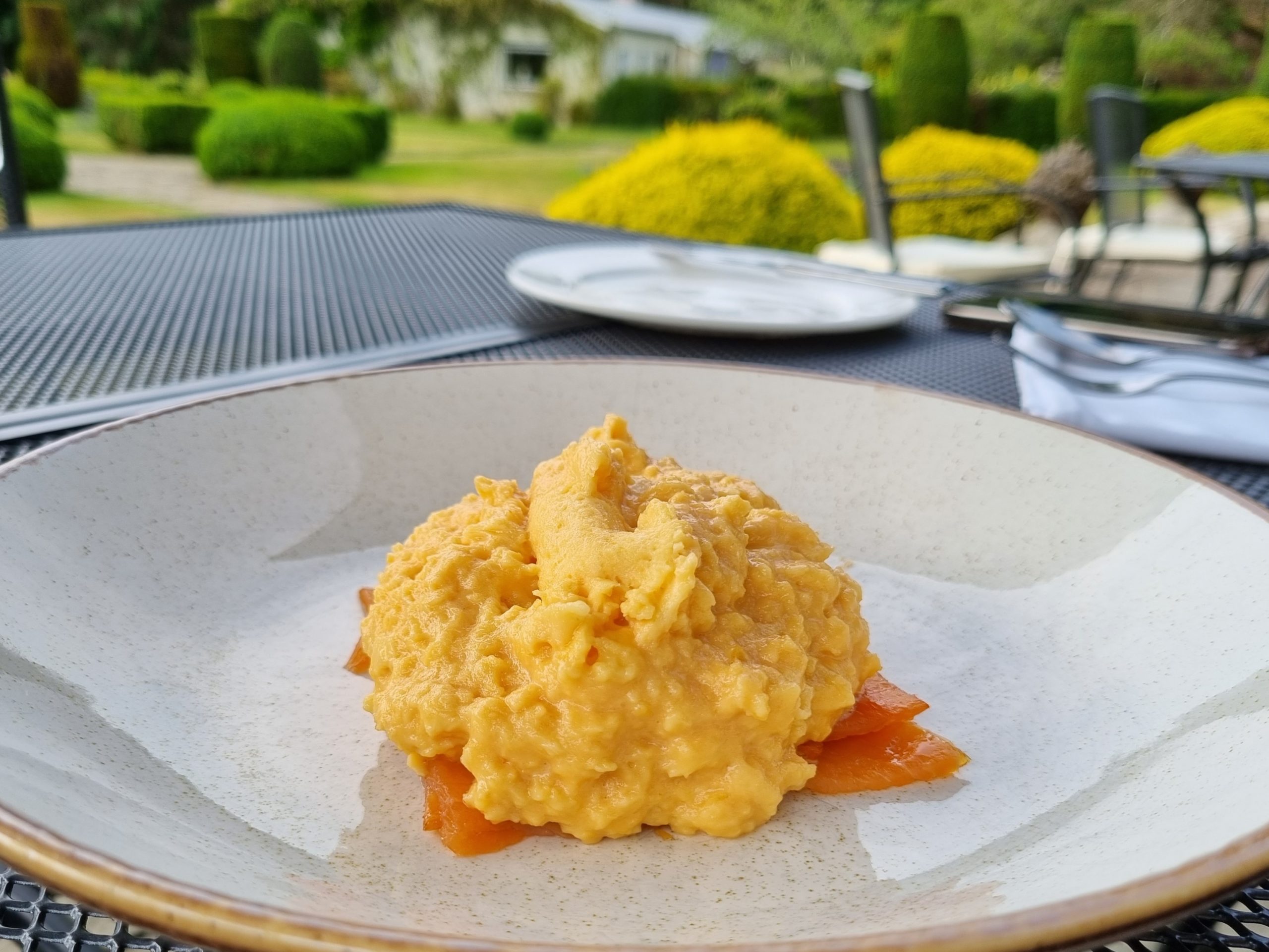 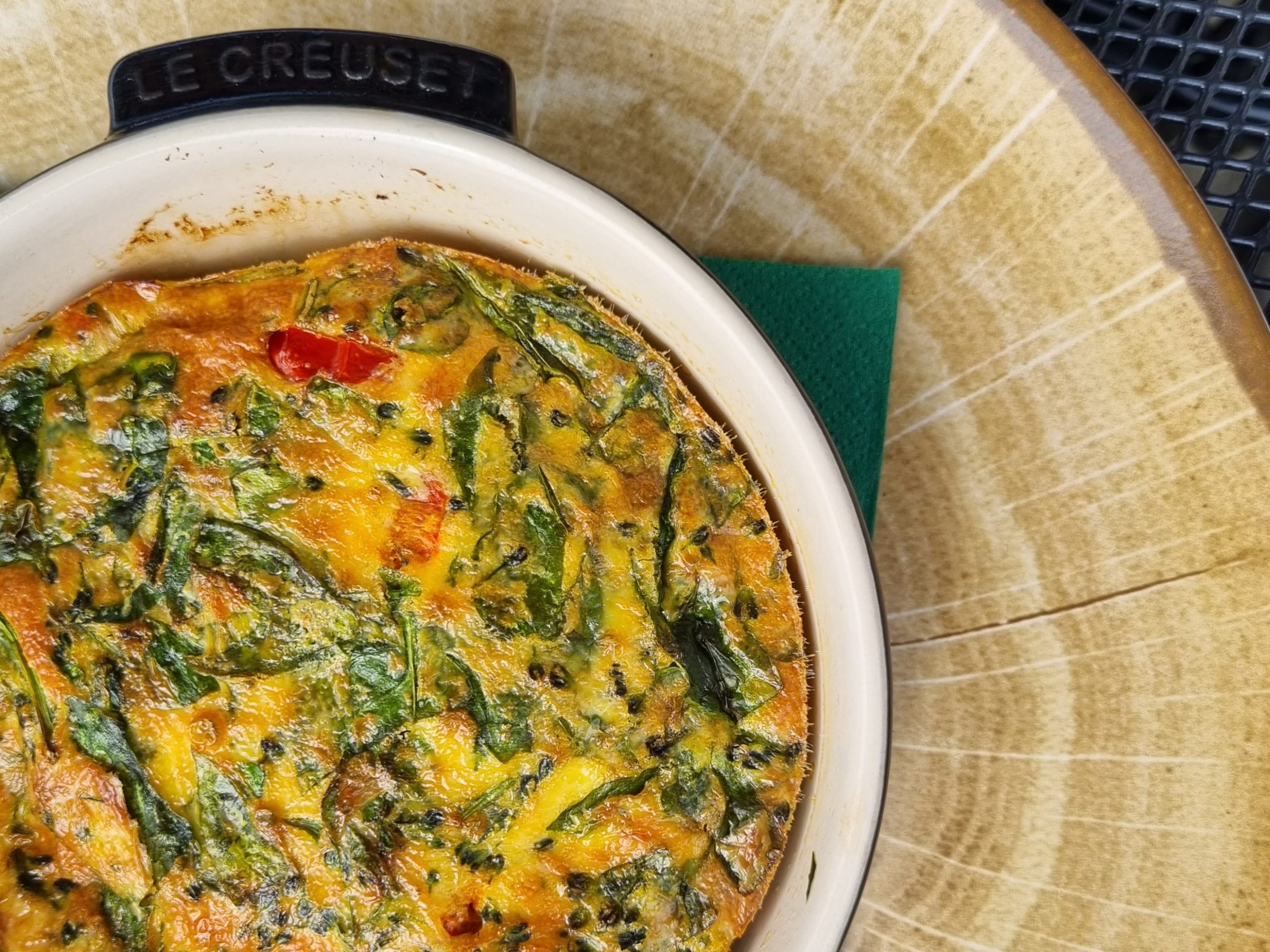 The best bit about the hotel? The gardens, which are so gorgeous, I could spend hours there. Particularly special is the stone path that leads down the hill to a tiny bridge, which takes you over the stream to an enormous old tree with a rope swing. It’s the most dreamy little spot – I love to image how many people that tree has seen and who has taken shade under its branches. With the swing (which is wide enough for two average-sized bottoms), it’s very romantic. It’s not just for couples, though it’s easy to see why so many weddings take place there. 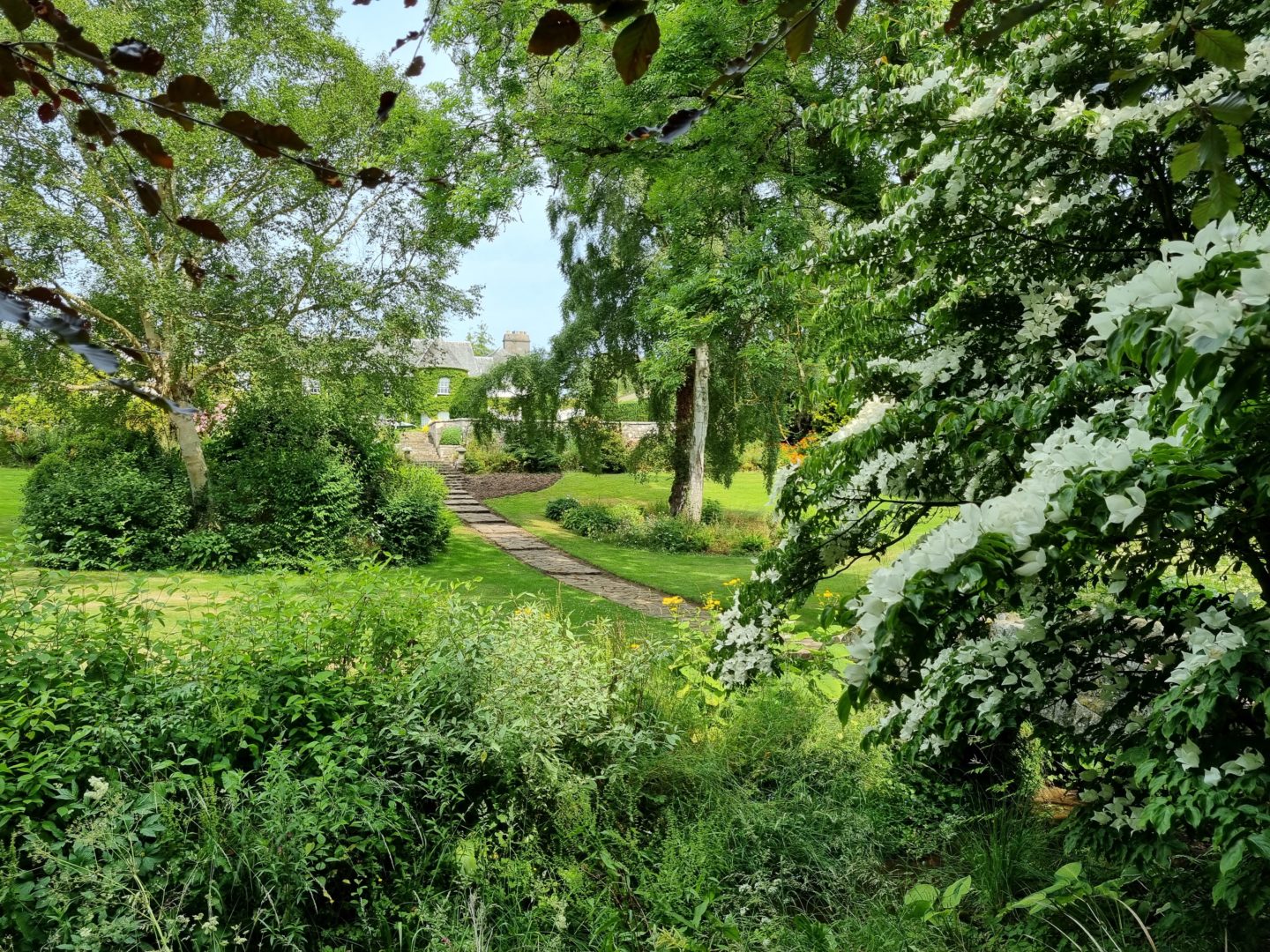 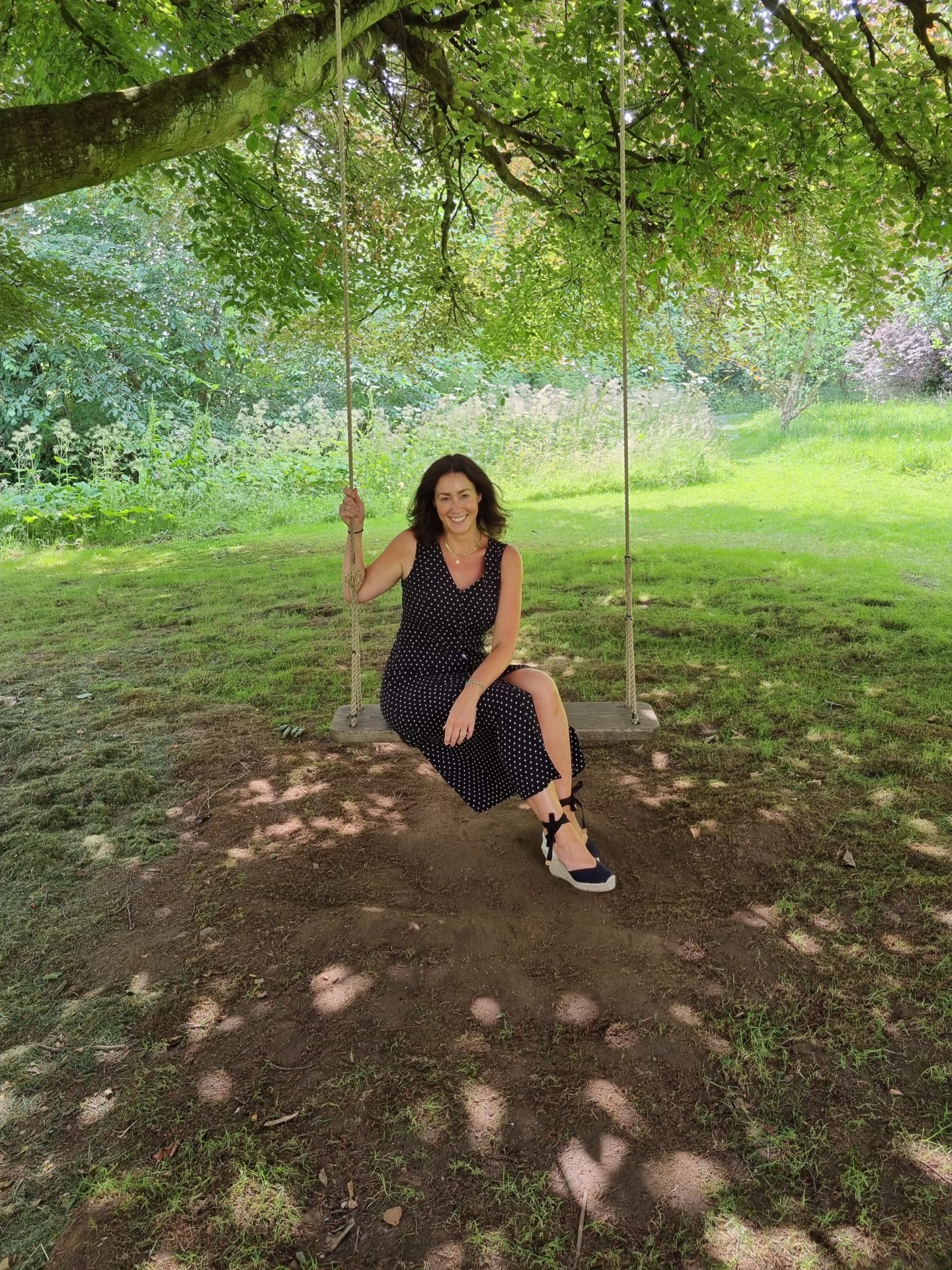 Rufflets hosted me and two friends for an overnight stay, including lunch, drinks and canapes, and breakfast.